A member of an East Coast SEAL team based at the Little Creek campus of the Joint Expeditionary Base died Tuesday during routine dive training in Florida, the Navy said.

Ronald Tyler Woodle, 26, of Waynesville, N.C. was part of a small group of Navy SEALs engaged in dive training in waters near Key West, Fla. about 9 a.m. when he was reported missing by his teammate, a news release said. Woodle was recovered within minutes, but unconscious. He was taken to Lower Keys Hospital where he was pronounced dead.

Born in Asheville, N.C., he is survived by his parents, Ron and Kathi Woodle, his sisters Sumer Christenbury of Statesville, N.C. and Jerica Woodle of Greenville, S.C.

Woodle was home schooled until high school. He was a star soccer player at Asheville Christian Academy, scoring 72 goals during his years there, the Navy news release said. He attended Mars Hill College on a soccer scholarship for two years, worked in construction and then in 2007 decided to enlist in the Navy, with the goal of joining the SEALs. He reported to an East Coast-based SEAL team in Oct. 2009 and had been in intensive training in preparation for deployment overseas.

"He wanted to do what was the most challenging and toughest thing to do, which was to be a SEAL," his sister Jerica Woodle said in the news release.

An investigation into his death is ongoing. 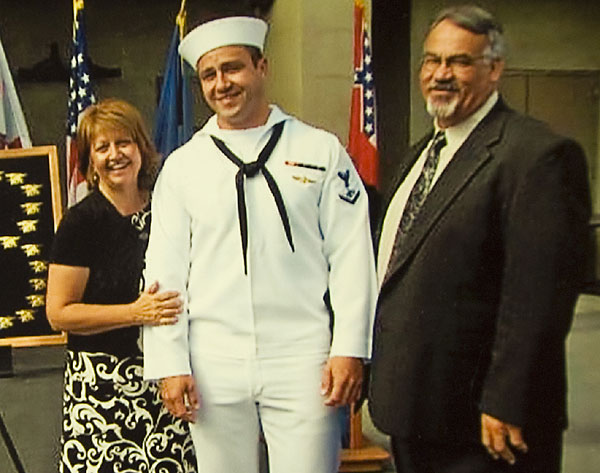 Ronald Tyler Woodle, 26, of Waynesville, N.C. was engaged in dive training in Key West, Fla. on Tuesday morning when he died. The Virginia Beach-based SEAL is pictured here with his parents, Ron and Kathi Woodle of Asheville, N.C. (Photo courtesy the U.S. Navy)
Click to expand...

Rest in peace. Condolences to family.

May he rest in peace.

Rest Well. Strength and comfort wishes for his family and brothers in arms
8

Training is just as dangerous as live down range. Wonder what happened here ?

High tides and smooth surf forever. Thank you for your dedcated service and untimely ultimate sacrifice to our Great Nation.

8'Duece said:
Training is just as dangerous as live down range. Wonder what happened here ?

High tides and smooth surf forever. Thank you for your dedcated service and untimely ultimate sacrifice to our Great Nation.
Click to expand...


You know as well as I do, we train at least as hard as we fight. That's why we win. Remind me to tell you the story of the first 82nd Troooper who was shot in the head and killed, by an M-60, wearing one of the first Kevlar ballistic helmets.....during a traing ex on Ft. Bragg.....one of his buddies killed him.....during training.

L
Introduction to the forum