A staff sergeant suffered a heart attack during strenuous exercise in a combat controller selection course, but an Air Force investigation has cleared instructors of any wrongdoing.

Staff Sgt. Kenneth Wilburn, 30, died Jan. 12, three days after he and 18 other prospective combat controllers were put through rigorous water exercises in a pool at Lackland Air Force Base, Texas.

Wilburn was a Ranger-qualified security forces airmen assigned to the 820th Security Forces Group at Moody Air Force Base, Ga., and was trying to cross-train into special operations combat control.

When he suffered the heart attack, Wilburn was treading water using just his feet. During the 90 minutes before the attack, he and other airmen in the course had swum 2,300 meters using snorkels.

As punishment for one airman walking on the bottom of the pool, the class was put through a tough series of water exercises that continued for almost 20 minutes until an instructor saw Wilburn’s head go under the water.

Attempts by instructors and emergency crews to revive Wilburn failed, but he remained on life support until his death.

An autopsy concluded Wilburn’s heart attack was likely brought on by strenuous exercise reducing the amount of oxygen available to his heart. Wilburn inhaled water, but that happened after the heart attack, the report said.

Wilburn was survived by a wife a two daughters.

Prayers out to your family and all those affected by your death.

I always hate to hear about the ones we lose in training.

I have seen it happen myself up close and personal, BM1(SWCC) Rob Vedder died in a similar incident where he had gotten water in his lungs previously, reducing his lung capacity and on a long run later he had a heart attack. I forgot what the condition was called. This just reminded me of him.


Rest in Peace and prayers to the family. 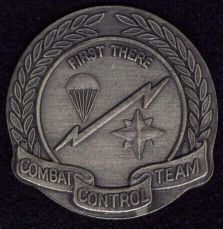 Many people do not realize that even training for SOF can kill you...

good guy, was depolyed with him at hoa, he was just a SrA then...fiesty guy, damn shame that happened, the guy had heart and determination, hell past ranger school after 5 attempts proof enough. Miss you brother.

@caljammer welcome to the site. Please make an intro post IAW the site rules before posting again. Thanks.

Reminds me of a similar unfortunate incident where we lost 2 guys at the same time in the water. One had cardiac arrest and the other drowned due to panic.

As the saying goes, "the more you bleed in training, the less you do in battle..."