Lieutenant Commander Rock Edward Blais, of Virginia Beach, a US Navy SEAL and member of the United States Special Operations Command Parachute Team died on Thursday, August 30th, 2001 from complications after being injured while parachuting into Raymond James Stadium in Tampa, Florida, where he was stationed.

LCDR Blais was a Naval Officer and SEAL for over 13 years. A few highlights of his numerous military accomplishments include over 1000 parachute jumps, three Navy Commendation Medals, the Joint Service Achievement Medal, and a Navy Achievement Medal.

Lieutenant Commander Blais’ passing was preceded by the death of his mother, Florence and the recent death of his infant daughter, Aubrey. Survivors include his wife, Hollie; his son and daughter, Scott and Kathryn of New York; his father, Master Chief Thomas Blais (US Navy Seal-Ret.) and sisters, Maria Goodman and Eva Anderson, all of Virginia. 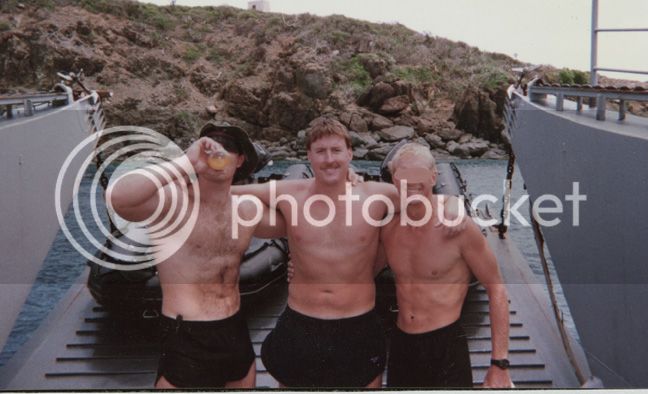 Warm thoughts to you D.

sorry for your loss D!

RIP.
Thank you for sharing D. Ill be thinking of you today.
Love,
L

his son and daughter, Scott and Kathryn of New York; his father, Master Chief Thomas Blais (US Navy Seal-Ret.) and sisters, Maria Goodman and Eva Anderson, all of Virginia.
Click to expand...

You & the family are in my prayers today D.

Give the kids an extra hug from me. He would be so proud, you've raised two fine children.

Special thoughts to you and the Kids D.

I admire you and your strength!

Terribly sorry for your loss, special prayers to you and yours

Dawn,
Im sorry for your loss

RIP Lt. Cdr. Blais. Thank you for your service and sacrifice to us all...

You and your family are always in my thoughts and prayers, D. I deeply admire the way that you have bravely carried on, and for the extrordinary job you have done in raising your two fine children...
L

Prayers out to you, Ex, and the kids and the rest of the family.

Blue Skies... My thoughts are with your kids Ex.
D

RIP Sir, and thank you for your service.
.

Will have a drink for him tonight.

RIP LCDR He would be proud of you D. Your in our thoughts.