Overview on the 13eme RDP 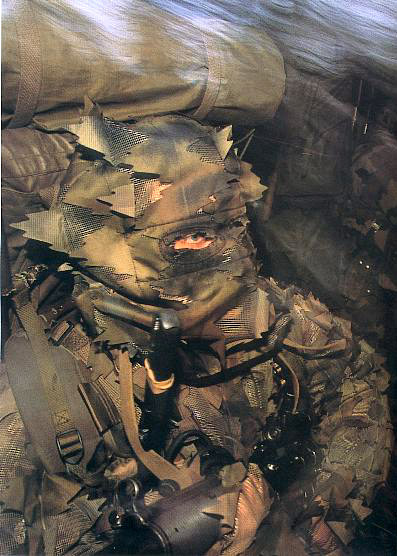 The 13 RDP (13eme Regiment de Dragon Parachutistes) is currently the French Army's LRRP (Long Range Reconnaissance Patrol) unit. Originally raised in 1676 as a cavalry unit, it continued in this role until 1963, when it acquired its current mission. The Regiment is subordinate to the BGRE (the French Army's military intelligence and electronic warfare Brigade). Although not part of COS (the French Special Operations Command), the Regiment is tasked to support COS operations and regularly conducts training with COS units. The Regiment is currently composed of seven squadrons; three "search", or intelligence, squadrons, two long-range communications squadrons, and two training squadrons. The three search squadrons provide the Regiment's recon teams, while the training squadrons are responsible for providing in-house training courses and certifying new unit members. The two communications squadrons provide a secure communications link between deployed recon teams and higher headquarters.

Search teams are capable of being inserted in an area by a number of different means including foot, parachute, or vehicle. A select number of personnel, including the Regiment's GCP (Commando Parachute Group) teams, are trained in conducting HALO and HALO operations. Other recon teams specialize in conducting vehicle mounted patrols. The vehicle-mounted teams are equipped with heavily armed P-4 jeeps and Peugeot motorcycles.
The 13e RDP conducted a number of reconnaissance missions for the Allied coalition during the Gulf War. One three man team was captured by the Iraqis while conducting a border reconnaissance mission. The team was repatriated after the cease-fire agreement. The Regiment has also deployed teams to support French humanitarian and peace-keeping operations in Africa, particularly in France's former colonies. Most recently the Regiment has reportedly deployed a squadron to support NATO combat operations in the former Republic of Yugoslavia. 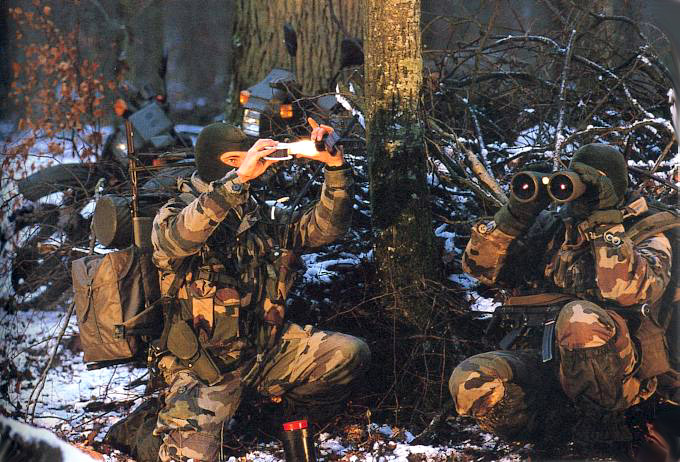 The Regiment is equipped with most standard French Army material, but has access to specialized weapons and equipment on an as-needed basis. In the event that a "silenced" weapon is required teams can be equipped with HK MP5SD series of sub machine guns. When heavy fire power is dememed nessary, recon teams are known to carry the US manufactured M-203 40mm grenade launcher, and the Belgiun producesd 5.56mm Minimi LMG (US M-249 SAW). Vehicle mounted teams may arm their selected mode of transport with a variety of heavy weapons including Browning .50 cal heavy machine guns, US MK-19 40 mm automatic grenade launchers, and light machine guns

I like their ghillie/camo suits I wonnder if it works well. Ive seen something familiar to it in Cabela's. D 151 LRS needs to do a link up with these European LRS type Units.

K
What defines a Great Attitude? In the pipelines (grinding through the grinder), and on the teams?