I didn't know any of these had survived.

An extremely rare New Zealand Cross war medal created more than 150 years ago and valued at more than $100,000 will be auctioned in London next month.
The cross, awarded to private Thomas Adamson in 1876, will go on the block at Dix, Noonan and Webb auctioneers on September 23.
David Green, a historian for the Ministry of Culture and Heritage, said he was "disappointed" the cross was for sale overseas.
"It is very valuable because they are so few of them. They are seen as an equivalent to the Victoria Cross.
"In the past, when Victoria Crosses have been potentially up for sale, it certainly created a lot of controversy," he said.
The auctioneers' brochure has an indicative price of up to 60,000 pounds (NZ$114,990) for the medal.
The New Zealand Cross was created in 1869 for local military who were not eligible for the Victoria Cross.
With only 23 awarded to men who served in the New Zealand Wars, it is one of the rarest military honours in the world.
Of the surviving awards 14 are held in museums or institutions around the world, and two remain with the soldiers' descendants.
Three are held in private collections, including Adamson's cross, which was the only one outside New Zealand.
He was awarded the cross "for good and gallant services as a scout and guide throughout the campaign of 1868-69".
Adamson, who was of European decent, was attracted to the Maori way of life and was a keen bushman.
He often worked in the forces of Te Keepa Te Rangihiwinui, or Major Kemp, leader of the pro-government Wanganui Native Contingent.
Adamson possessed bravery and bush fighting skills that were sought out by the government armed forces at the time.
In 1869, he was selected for Colonel George Whitmore's Corps of Guides, which was countering resistance movements.
After the government offered a reward to capture the "heads" of chiefs and warriors dead or alive, Adamson began the practice of beheading.
He was shot at twice, injuring his right wrist, while looking for a Maori leader in the Urewera, where he returned a year later and took part in a ruthless attack. 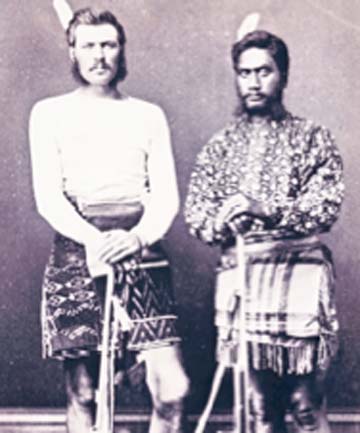 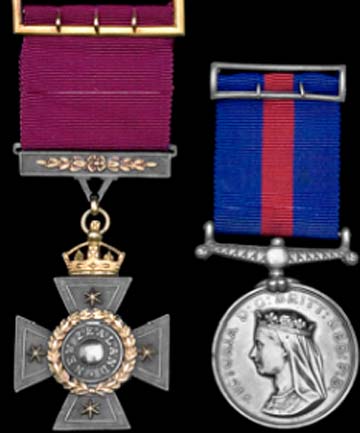 Wow, I have some "rare" US medals for sale. Let's start the bidding with my Aerial Achievement Medals @ $25K.

This is the current version of the NZC...

Your mom is beautiful!

This is the current version of the NZC...

I didn't realise they'd brought it back. Looks like the Clark government actually did something right.

It looks like a VC. Im guessing one of the rarest is still on NZ, the VC and Bar.

The new one is a civilian award and replaces the George Cross.

cback0220 said:
Your mom is beautiful!
Click to expand...

And probably handed out more than 23 times. My mom would call that "Saturday."

QC said:
It looks like a VC. Im guessing one of the rarest is still on NZ, the VC and Bar.
Click to expand...

Yep, in the Army museum.

pardus said:
Yep, in the Army museum.
Click to expand...

When its not being stolen.

The Museum has just been in the news again, one of the employees there was done for stealing over 800 medals.

Ex TF too so he should know how low he was stooping better than anyone.

digrar said:
When its not being stolen.

The Museum has just been in the news again, one of the employees there was done for stealing over 800 medals.
Click to expand...


SpitfireV said:
Ex TF too so he should know how low he was stooping better than anyone.
Click to expand...

As soon as I read this, I guessed who it was, I looked it up and yep, one of my old CSMs...

Oh Christ really? CSM would be, what, WO1 here?

SpitfireV said:
Oh Christ really? CSM would be, what, WO1 here?
Click to expand...

In NZ CSM is Company Sergeant Major, a WO2. Equal to a First Sergeant in the US Army.

Based on my time with the lads from Papakura Camp, I'd have to say a rarer award would be a Good Conduct Medal.