Air Force Maj. Gen. Frank J. Kisner, who took command of Special Operations Command Europe in May, described the host of missions that range from direct action, as demonstrated, to non-combatant evacuation operations, to advising foreign militaries to help them build capacity.

U.S. European Command's special operators have deployed routinely since the 9/11 terrorist attacks on the United States, first pulling forward into Afghanistan, then into Iraq as well, Kisner said.

Special Forces A teams, with embedded Navy explosive ordnance elements, moved with silent precision toward the buildings before launching an all-out attack. "We try to go as quietly as we can for as long as we can," said Company C Sgt. Maj. Bob Irby. "I can't tell you how many people we get out of bed who never knew we were there."

As they sought out their targets, the special operators made split-second decisions, negotiating through buildings reconfigured regularly to keep them off-guard. "They're problem-solving at a high rate of speed, and normally in the middle of the night. They have to adjust to the unknown at a rapid pace," Lange said. "If it sounds confusing, it is."

"We manhunt for high-value targets," explained an armorer on the Special Forces A team who asked that his name not be used. "You can think of us as a scalpel. Sometimes you need a sledgehammer, and that's not us. We provide precision application of discriminatory fire."

The civilian leaders got some hands-on experience, live-firing some of the weapons special operators use: the MP5 9 mm machine gun, enhanced battle rifle, M14 7.62 mm rifle, P226 and P239 pistols, Mark 46 and 48 machine guns and an AK-47 assault rifle.

They also walked through a static display, where SEALS explained the diving, medical and communications equipment they use in their operations.

Kisner encouraged the civilians to chat with the troops about the operations they conduct and what motivates them to serve.

"They have phenomenal stories, some they will tell you and some they won't," he said. "They are from America, from the towns where you live, the states that you live in. And I consider them a phenomenal national treasure for having the courage and determination to go out and do what they do."

A Special Forces armorer who asked that his name not be used explained that every member of his unit is a four-time volunteer. All volunteered to join the Army, to go to Airborne School, to become Special Forces qualified, then to become part of EUCOM's elite, quick strike force that serves as the EUCOM commander's action arms in the most extreme circumstances.

Despite repeated separations from his family and the dangerous missions he's regularly called on to carry out, the armorer feels a deep-down sense of duty. "I think you see less and less people standing up for what they think is right," he said. "I do this because it's something I believe in.

"My eyes are wide open, and I am in awe," Sally Prouty, president and CEO of The Corps Network, which oversees the nation's 113 Service and Conservation Corps, said after the visit. "Seeing what I have seen today gives me a profound sense of pride and gratification."

JCOC is designed to familiarize civilian business, education and civic leaders with the military. The participants are wrapping up a week-long visit through EUCOM visiting military installations and spending time with soldiers, sailors, airmen, Marines and Coast Guardsmen. 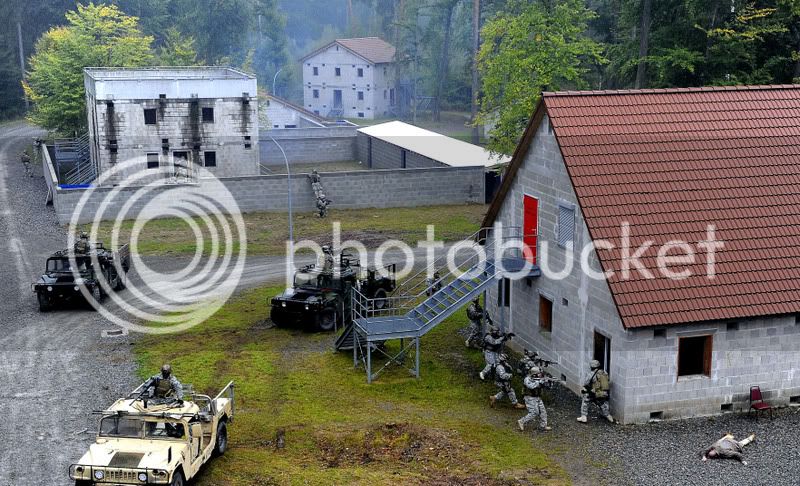 U.S. Army Operations Detachment Alpha members from the 10th Special Forces Group demonstrate to the participants of the 76th Joint Civilian Orientation Conference how to seize a compound on their training area in Stuttgart, Germany, Sept. 25, 2008. The JCOC participants are travelling through European Command during their seven- day trip viewing Defense Department assets. JCOC is the longest running Department of Defense program used to explain what the department does.
DoD photo by U.S. Air Force Tech. Sgt. Jerry Morrison
Click to expand... 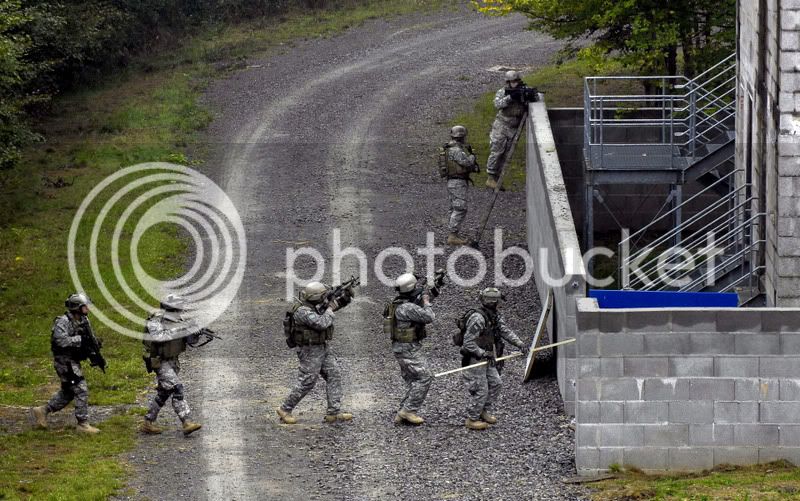 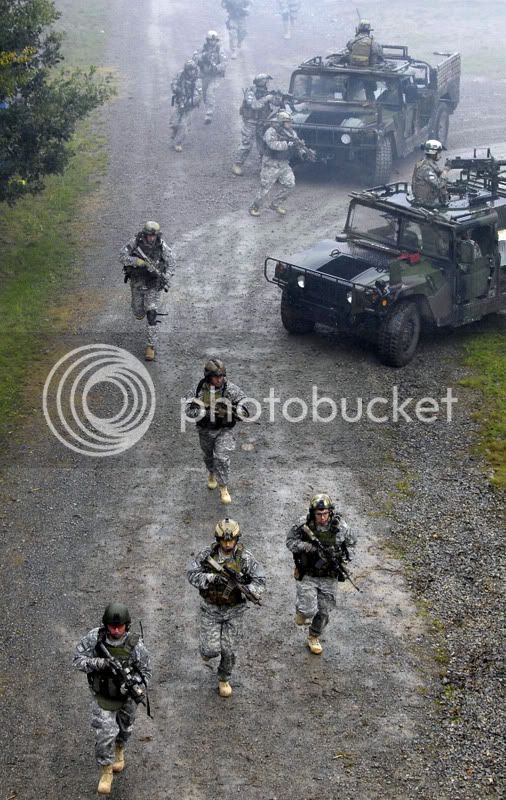 Good pictures, Rav. Nice to see that the ACU almost blends in with gravel.

Swill said:
Good pictures, Rav. Nice to see that the ACU almost blends in with gravel.
Click to expand...

i remember when they were first building that training site...glad to see it's been improved so much!