Very interesting article. I attached the .pdf for those that have difficulties or want to read it offline. 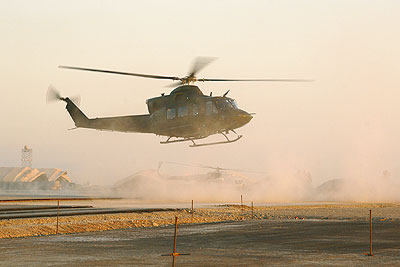 
For more information on accessing this file, please visit our help page.

Canada is in the early stages of building a rotary wing Special Operations Aviation (SOA) capability under the collective auspices of the Canadian Special Operations Forces Command (CANSOFCOM) and 1 (Tactical Helicopter) Wing, currently a component of 1 Canadian Air Division (1 CAD). So far, the effort has resulted in the designation of CH-146 Griffon-equipped 427 Squadron at CFB Petawawa, Ontario, as 427 Special Operations Aviation Squadron, and the introduction of special operations- specific training. To be effective, the Canadian rotary wing SOA community needs a solid foundation of dedicated measures in the form of established tactics, techniques, and procedures (TTPs); a personnel selection and training (S&T) program linked to a follow-on career tracking system; flexible, integrated, and responsive organizations at multiple echelons; and a range of suitably equipped aircraft able to satisfy the unique requirements of Canadian Special Operations Forces (SOF), and capable of combined operations with Canada’s allies.
In terms of organization, SOA should be a component of a larger Joint Helicopter Force (JHF) that includes current tactical, maritime, and search and rescue (SAR) helicopter capabilities, commanded by a brigadier-general, with designated deputies responsible for each of four components. While worthy of a study on its own, suffice it to say for the purposes of this brief opinion piece that a JHF would act as the helicopter force provider to the operational commands (Canada Command, Canadian Expeditionary Forces Command, and CANSOFCOM) and deployed Joint Task Forces (JTFs), maritime TFs, SOF TFs and land forces TFs. A JHF would also serve as the training and doctrine developer for helicopter aviation, overseeing the development and promulgation of standardized TTPs for each community, and ensuring that training for aircrew and support personnel reflects community requirements. An important feature to improve the operation and orientation of a JHF is the introduction of pilots recruited from the army and navy who would remain with their parent services after completing flight training – similar to the practice that currently produces UK Royal Marine pilots. 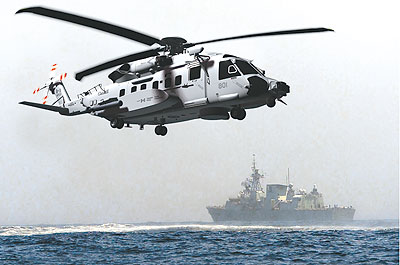 
One important rationale for the creation of a JHF that has serious implications for SOA is the impending introduction of 28 CH-148 Cyclone multi-purpose helicopters, which, in addition to purely maritime roles of surface and sub-surface surveillance and control, will conduct utility, SAR and ‘commando’ missions. Potential ship-based commando missions include support of contingency operations, such as a non-combatant evacuation, as well as counter-terrorism (CT) and arctic sovereignty operations. As an SOA platform, the CH-148 offers an excellent combination of performance, payload, and sensors, and it must be included in the matrix of SOA force planning. Indeed, despite a lengthy and difficult fielding process for the Cyclone thus far, supporting commando operations may well require adding a few additional aircraft to the current order. Similarly, the CH-149 Cormorant, while dedicated to SAR, can provide valuable on-call capability to a range of domestic SOF missions, and it should be included in the SOA fleet mix. With their ability to operate across existing helicopter community lines, particularly in support of SOF, the Cyclone and Cormorant alone mandate the broader operational view that comes with implementing a JHF concept that can build upon the achievements of the joint helicopter commands now serving the UK, the Netherlands, and the Swedish armed forces.
Other new platforms that are about to transform SOA are the 16 CH-47F+ Chinooks on order, in addition to the six CH-147Ds purchased from the US Army for immediate service in Afghanistan. While only a fraction of them will be available to support SOF, they will nonetheless provide an enormous capability boost in terms of range, payload, and performance, and some, if not all of them, will be equipped with advanced sensors and defensive aids suites. However, given the small numbers being procured, the priority for their employment will understandably be support to conventional JTFs and land forces operations. Therefore, it does not make sense to ‘fence off’ any of the Chinooks as being dedicated strictly to supporting special operations, which begs the question of how will they be fielded in 1 Wing. Rather than standing up a new squadron, the most likely course of action is that each of the exiting front-line tactical helicopter squadrons – 408 Squadron, 430 Squadron, and 427 Squadron, along with 403 Squadron, the Tactical Helicopter Operational Training Squadron at CFB Gagetown – will operate a mix of Chinooks and Griffons. This implies that 427 Squadron will continue to have a conventional land forces tactical helicopter support role, in addition to supporting SOF, presumably including deployment rotations in any future Afghanistan-like scenario. If so, the squadron will have to be larger and more robust in all respects than 408 Squadron and 430 Squadron, in order to meet both sets of operational obligations. 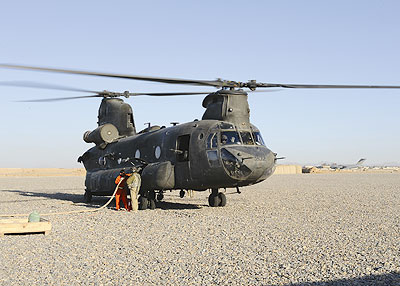 
Given all these assumptions, the resulting SOA community by early next decade could consist of a deputy commander for SOA at the JHF headquarters, and another deputy commander for SOA at CANSOFCOM, conceivably the same officer ‘wearing two hats,’ depending upon where the JHF headquarters is physically located. It is likely that 427 SOA Squadron will remain administratively assigned to 1 Wing within the JHF, while serving as the principal SOA force provider, training provider, and TTP developer. This future 427 Squadron would still be flying 10 to 12 Griffons in support of domestic SOF CT operations in the Ottawa, Toronto, Montreal, and Quebec regions. They will also be used in the conventional tactical helicopter support role, as well as for the conduct of SOA aircrew training. A Chinook flight would consist of at least four CH-47Fs flying in support of SOF, and in support of ‘conventional’ joint force operations. A commando flight would have four SOF-equipped Cyclones, principally for the training of SOA-certified Cyclone aircrew destined for the ‘Commando flights’ embedded within maritime helicopter squadrons on each coast. In addition, 427 SOA Squadron Cyclones would provide dedicated general support to SOF, such as CANSOFCOM training exercises and arctic sovereignty operations. Given the imminent relocation of key CANSOFCOM assets from Petawawa to Trenton, it makes sense to base 427 Squadron there as well, co-located with Canada’s strategic and tactical airlift.
The SOA-certified commando flights embedded within 423 Squadron on the east coast, and 443 Squadron on the west coast, would be manned by experienced Cyclone aircrew volunteers selected via the SOA selection and training program, and trained in SOA Cyclone TTPs by 427 Squadron before rejoining their squadrons. Having the two commando flights expands the range of available SOA capabilities into the maritime amphibious sphere while offering some alternative relief for what will undoubtedly be the hard-pressed SOF aviators and support troops of 427 Squadron. Likewise, selected Cormorant SAR aircrew should be trained and certified in appropriate SOA TTPs, and CH-148s should regularly participate in SOF exercises and other training. On the west coast in particular, having SOF-capable Cyclones and Cormorants in place would be invaluable in response to a real-world CT incident, and for support of Canada Command and CANSOFCOM training exercises and operations, including those conducted into the Arctic and Pacific. 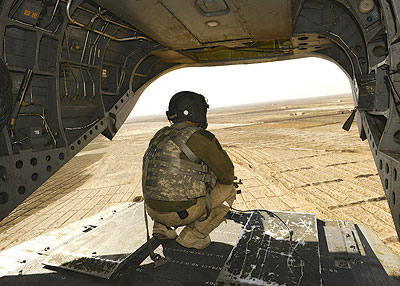 DND photo AR2009-J005-021
A machine gunner ready for action on the back ramp of a Canadian CH-147 Chinook in Afghanistan.


As part of the process of building a credible SOA capability, the Canadian Forces should develop and maintain close partnerships with similar Allied forces, including an active aircrew exchange program. In addition to the US Army 160th SOA Regiment, there exists the UK Royal Navy Commando Helicopter Force for CH-148 Cyclone aircrew, plus potential relationships with UK RAF rotary wing SOA, Australian Army SOA, French Army and Air Force SOA, and others.
The ‘bottom line’ is that an SOA capability must be crafted from the beginning to support SOF teams with the best assets available, taking into account that team requirements come first and foremost. Ideally, Canada should field a dedicated SOA force unencumbered by the need to train and prepare for complex conventional missions in addition to demanding SOF requirements, but that is virtually impossible, given the constraints imposed by the number of aircraft and personnel in the CF and the broad range of international and national missions the forces must undertake. Therefore, wise force management of valuable limited SOA resources is paramount. While 427 SOA Squadron will be heavily stressed, it must be allowed to serve as the SOA cornerstone, despite the burden of continuing to support conventional forces when tasked. Under this scenario, ensuring it can do so becomes the responsibility of the deputy commander (SOA) at JHF and the JHF commander, along with a lot of support from counterparts at CANSOFCOM.

Jim Dorschner is a retired US Army lieutenant colonel with 24 years service roughly split between intelligence collection flight operations and as an intelligence officer with Special Forces and Special Operations Forces. He is now a Feature Correspondent for Jane’s Defence Weekly and Jane’s Intelligence Review and he authors Jane’s Sentinel defence and security updates for Canada, the United States, Romania, Bulgaria, Hungary, Montenegro, Serbia, Bosnia-Herzegovina and South Korea.
Click to expand...

If the project did happend, does that mean better air support for SOF personnal?

Mind clearing this up?

Chaske said:
If the project did happend, does that mean better air support for SOF personnal?

There is nothing wrong with 427; it has specific equipment and roles for specific tasks. The overall idea is to create a broad SOA capability "comparable" with our allies and to meet all required and potential operations.

I hope that clears things up a bit. This is just an outsiders analysis of the current situation. If you have any other questions, please feel free to ask away and I'll try to answer as best I can.

Thanks for the quick answers I understand now,

Now that I think about it Canada could use a dedicated SOA capability rather then relying on allied forces for air transportation during over sea's operations also in Canada.

the griffons are doing a nice job so far though.

be sure to let me know if you hear anything else on the matter.