October 31, 2005: The “commando Olympics” going on in Afghanistan has brought commando units from over a dozen countries together to pursue Islamic terrorists. In addition to all the cooperation, there’s also a lot comparing notes. One thing everyone has noted is the large number of useful gadgets American Special Forces troops have. The most envied item is the American Raven UAV. What makes this little (4.2 pounds) bird so popular is its low cost ($25,000 each) and performance (can stay in the air for 80 minutes at a time). The Raven is battery powered, and carries a color day vidcam, or a two color infrared night camera. Both cameras broadcast real time video back to the operator, who controls the Raven via a laptop computer. The Raven can go as fast as 90 kilometers an hour, but usually cruises between 40 and 50. It can go as far as 15 kilometers from its controller on the ground, and usually flies a preprogrammed route, using GPS for navigation. Each Raven unit consists of three UAVs and one ground control station. Ravens are launched by turning on the motor, and throwing it into the air. It lands by coming back to ground at a designated GPS location (and bouncing around a bit.) The Raven is made of Kevlar, the same material used in helmets and protective vests. On average, Raven can survive about 200 landings before it breaks something. While some Ravens have been shot down, the most common cause of loss is losing the communications link (as the aircraft flies out of range) or a software/hardware failure on the aircraft. Troops have taken to putting a label on each aircraft, saying, in the local language, that if the aircraft is returned to the nearest American military unit, there will be a reward. Several lost Ravens have been recovered this way.

Several foreign special operations organizations have expressed an interest in American UAVs, and the way they are used in the field. The British SAS recently purchased a larger micro UAV, the BUSTER (backpack unmanned surveillance targeting and enhanced reconnaissance). Similar to the Raven, each aircraft weighs ten pounds, is launched via a small catapult, and lands via a built- in parachute. BUSTER’s big advantage is that it can stay in the air for four hours at a time, and fly as high as 10,000 feet. This makes it useful for “stake out” type patrols, where you want to keep an eye on a suspicious building, or cave entrance, for a long time. BUSTER can move at about 60 kilometers an hour and the entire system is light enough to be carried in a backpack, and hauled long distances by the guy wearing the backpack. BUSTER is basically an improved version of the American Pointer, a larger (nine pound) micro-UAV that could only stay in the air for two hours at a time, and was a favorite of American Special Forces before they got the Raven..

New micro-UAV designs are coming out each month, which is why the troops like the low cost, and don’t mind the attrition (everything wears out in the field.) When the current UAVs wear out, there will be new and improved models to buy as replacements.

Ravage do you spank off at night watching little birds? lol
B

I've refrained from asking that question on several occassions lol

I didn't make that title, the news man did LOL
H

.....:bleh::bleh:uughggh mental image:bleh: Ravage your stating to scare me just a little bit

No I don't spank, I do....something else

This is coming from the kid with the spankin' monkey as his av a tar...

In any event, picturing anothing dude punching the love goblin is something you probably shouldn't be advertising.


Ravage said:
I didn't make that tile...ooohhh forgert about it.....

Yeah WTF! Ravage, we do NOT need to know!

Sorry , I was focused on the picture at the bottom of the page 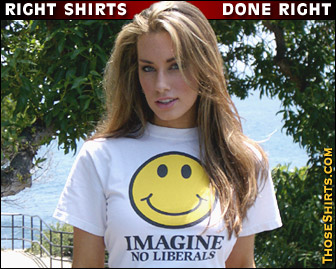 Announcement Welcome Back to ShadowSpear.com
2 3 4