The CIA is equipping Pakistani tribesmen with secret electronic transmitters to help target and kill al-Qaida leaders in the north-western tribal belt, in a tactic that could aid Pakistan's army as it takes the battle against extremism to the Taliban heartland.

As the army mops up Taliban resistance in the Swat valley, where a defence official predicted fighting would be over within days, the focus is shifting to Waziristan and the Taliban warlord Baitullah Mehsud. But a deadly war of wits is already under way in the region, where tribesmen say the US is using advanced technology and old-fashioned cash to target the enemy. Over the last 18 months the US has launched more than 50 drone attacks, mostly in south and north Waziristan. US officials claim nine of the top 20 al-Qaida figures have been killed.

That success is reportedly in part thanks to the mysterious electronic devices, dubbed "chips" or "pathrai" (the Pashto word for a metal device), which have become a source of fear, intrigue and fascination. "Everyone is talking about it," said Taj Muhammad Wazir, a student from south Waziristan. "People are scared that if a pathrai comes into your house, a drone will attack it." According to residents and Taliban propaganda, the CIA pays tribesmen to plant the electronic devices near farmhouses sheltering al-Qaida and Taliban commanders. Hours or days later, a drone, guided by the signal from the chip, destroys the building with a salvo of missiles. "There are body parts everywhere," said Wazir, who witnessed the aftermath of a strike.

Until now the drone strikes were the only threat to militants in Waziristan, where the Pakistani army had, in effect, abandoned the fight. But now, emboldened by a successful campaign to drive militants out of Swat, a region about 80 miles from Islamabad, the army is preparing to regain lost ground in the more remote tribal belt. It will be a much tougher campaign than in Swat, with the army pitched against a formidable, battle-hardened opponent. Yesterday Taliban fighters ambushed a military position in what could be a prelude to much more intense combat.

For the US military, drones have proved to be an effective weapon against al-Qaida targets, and they are becoming increasingly accurate. On 1 January a drone-fired missile killed Usama al-Kimi, a Kenyan militant who orchestrated last year's Marriott hotel bombing in Islamabad, a senior official with Pakistan's ISI spy agency said. It is a high-tech assassination operation for one of the world's most remote areas. The pilotless aircraft, Predators or more sophisticated Reapers, take off from a base in Baluchistan province. But they are guided by a joystick-wielding operator half a world away, at a US air force base 35 miles north of Las Vegas.

Barack Obama has approved the drone campaign, which is cheap and limits the danger posed to US troops. But the strikes have many unintended victims. A Pakistani newspaper estimated that 700 people had been killed since 2006, most of them civilians, as a result of drone attacks. For the tribesmen who plant the microchips and get it wrong, the consequences can be terrible. Last month the Taliban issued a video confession by Habib ur Rehman, 19. "They money was good," he said in a quavering voice, describing how he was paid 20,000 rupees (Â£166) to drop microchips hidden in a cigarette wrapper at the home of a target...
Click to expand...

Why is this being made public knowledge???
R

What prevents them from placing one of these chips near the house of someone they don't like who is possibly not al-Quaida or Taliban? Obviously it's been working, I'm just saying.

riptide said:
What prevents them from placing one of these chips near the house of someone they don't like who is possibly not al-Quaida or Taliban? Obviously it's been working, I'm just saying.
Click to expand...

Considering we've had how many airstrikes target "Taliban" only to find out the informant had a grudge against the victim?

I'd say "nothing" but how often it is or isn't occurring is probably a closely guarded secret soon to be released by the NYT in a Sunday Edition near you.

Why is this being made public knowledge???
Click to expand...

To deflect attention away from the new and improved Acoustic Kitty.

Hahaha that was hilarious...Acoustic Kitty. Where do they come up with some of these ideas???

Here's a picture of a CIA operative holding a chip.

Is that the operative known to all as "Silhouette Man"?

I thought they called him "Shadow"...

That does seem like a relevant question still.
Why was this first reported in a British left-wing newspaper?

Does it say something about the reporter's source?

Paddlefoot said:
To deflect attention away from the new and improved Hello Kitty. 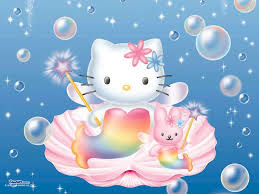 Swill said:
Here's a picture of a CIA operative holding a chip.

Has anybody seen my old school dog shit transmitter?