A Navy supply officer and former Naval Academy instructor testified Thursday that she moonlighted as a prostitute for the D.C. Madam, a California woman accused of running an escort service that prosecutors say netted her several million dollars over a 13-year period.

Lt. Cmdr. Rebecca Dickinson told federal prosecutors at U.S. District Court in Washington, D.C., that she had sex with nearly every client she met while working for Deborah Jeane Palfrey from October 2005 until April 2006.

Several other women who testified said they were paid between $250 and $300 for 90-minute appointments at Washington-area homes, hotel rooms and offices, and were required to forward as much as half of that by postal money orders to a Northern California post office box rented by Palfrey.

Palfrey is charged with multiple counts of racketeering and money laundering and could face as many as 55 years in prison if convicted on all counts.

Navy spokesman Capt. Jack Hanzlik told Navy Times that Dickinson, 38, was fired from her position as an instructor at Naval Supply Corps School in Athens, Ga., earlier this month after she gave detailed information about her involvement in the case to superiors.

After her statement, Dickinson also received nonjudicial punishment and was given a punitive letter of reprimand. Hanzlik said she could face additional punishment in the future and has been placed on leave. When she exhausts her accumulated leave time, Dickinson will revert to unpaid leave status and remain there until she is separated from the Navy.

“We expect the men and women who serve in our nation’s Navy to adhere to a standard of conduct that reflects our core values of honor, courage and commitment,” Hanzlik said. “Lt. Cmdr. Dickinson’s conduct will prevent her from wearing this uniform again in the service of our country.”

Dickinson’s civilian lawyer said she understands her career is over.

“She told the truth on the stand and really regrets this episode in her life.

Even if she is not prosecuted, she will be paying a price for the rest of her life. We are trying to preserve what we can,” attorney Jonathan Gladstone said Thursday afternoon. “We aren’t expecting her back in uniform. All things considered, we are happy with that.”

Palfrey told Navy Times last year that Dickinson worked for her company, Pamela Martin and Associates, under the stage name Renee for nearly two years while she was stationed at the Naval Academy in Annapolis, Md.

While at the academy, Navy officials say, Dickinson worked as food services officer, responsible for feeding more than 4,000 midshipmen each day, from 2004 until 2007. She also taught one class — Naval Leadership — for a semester, Navy officials said.

A Navy officer familiar with the case said Dickinson had an exemplary Navy career until the allegations surfaced last year; Dickinson had two Navy/Marine Corps Commendation medals and four Navy/Marine Corps Achievement medals, according to records provided by Navy Personnel Command. The officer said Dickinson’s decision might have been motivated by financial issues — she had filed for bankruptcy in the months before she responded to an advertisement placed by Palfrey in a local newspaper. Palfrey told Navy Times the woman had difficulty caring for her three children, missed work frequently because one had been sick, and had marital problems.

Palfrey, who ran her business from her Northern California home, said she never met Dickinson or many of the people she called “independent contractors” but said she spoke to Dickinson several times each week by telephone.

Phone records released by Palfrey show more than 200 calls between her office and a cell phone registered to a Rebecca Dickinson of Atlanta.

Dickinson did two tours in nearby Athens before serving at the academy.

“She was very pleasant, very nice,” Palfrey said of Dickinson, whom she described as a tall brunette of medium build based on a picture Dickinson sent her as part of an application for work. “She might talk about a rough day at work, but we really didn’t have much of a personal relationship.”

The last time Palfrey heard from Dickinson, she said, was when Dickinson sent her an e-mail in October 2006 asking to be put back to work after she had resolved personal issues that caused her to take time off.

“If you need some extra help, I would be glad to work for you again, as a backup or regularly. ... If you are interested, please just let me know, and if not, I understand,” the e-mail read.

By that time, Palfrey had learned she was under investigation and her company had folded. Palfrey said she never responded to the e-mail.

A Navy lawyer familiar with the case said that the Navy can not prosecute Dickinson under the Uniform Code of Military Justice based on anything that she said during the trial because she had been granted immunity by federal prosecutors. She still could be prosecuted, they said, but only if they uncover evidence independent from her testimony. Also, Dickinson’s immunity does not extend to administrative actions, which could include removing her from the military.

Dickinson joined the Navy in 1986 and served as an aviation electronics technician for three years before attending Auburn University. After she was commissioned in 2003, Dickinson attended Naval Supply Corps School and then served aboard the cruiser Bunker Hill, the fast combat support ship Camden and the ammunition supply ship Santa Barbara.

Dickinson has 19 years of service time. Hanzlik said no decision has been made on whether she will be allowed to retire, but said if she is, it could be at a lower rank because a retirement grade determination might find that her service as a lieutenant commander was not honorable.

“We would look at what was the last grade in which the officer honorably served,” he said.

Again, this thread is worthless without pictures...

Google is your friend:) 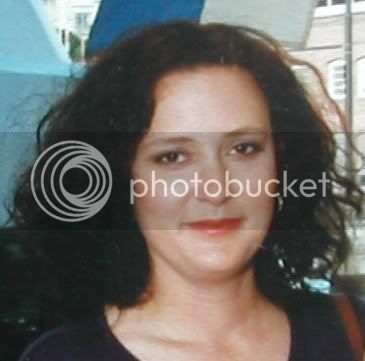 A Navy officer familiar with the case said Dickinson had an exemplary Navy career until the allegations surfaced last year; Dickinson had two Navy/Marine Corps Commendation medals and four Navy/Marine Corps Achievement medals, according to records provided by Navy Personnel Command. The officer said Dickinson’s decision might have been motivated by financial issues — she had filed for bankruptcy in the months before she responded to an advertisement placed by Palfrey in a local newspaper. Palfrey told Navy Times the woman had difficulty caring for her three children, missed work frequently because one had been sick, and had marital problems.
Click to expand...

I feel sorry for her. She has three children. If she was having money problems, she was doing the best she could in a bad situation. As long as she wasn't wearing her uniform or advertising her services as a "hot WAVE" or something along those lines, I don't think she brought disrespect to the uniform. :2c: God know the things that some service people might do in their spare time. :eek:

Dickinson has 19 years of service time.
Click to expand...

Damn, if she loses her pension all together, that would really suck!

Surly as a LT CMDR her salary would be very good???

Irish_Army01 said:
Surly as a LT CMDR her salary would be very good???
Click to expand...

It looks like an 0-4 over over 16 years of service would make $6400 per month plus housing allowance, which isn't chicken feed, I'll grant you.
But she declared bankruptcy for a reason.
The cost of living in DC is very high.

Ex3 said:
It looks like an 0-4 over over 16 years of service would make $5500 per month, which isn't chicken feed, I'll grant you. But she declared bankruptcy for a reason. And the cost of living in DC is very high.
Click to expand...

I put that down to mis management/excessive over spending..

Irish_Army01 said:
I put that down to mis management/over spending..
Click to expand...

Well, I'll cross you off my list then.....wonder what Gypsy's up to?


I've got your fee riiiight here, bucko!
Click to expand...