Well done! It's good that this stuff was kept off the streets and the money from it won't be used to fund the insurgency.


RAF Harrier jump jets have blown up the world's biggest drug haul in Afghanistan by dropping three 1,000lb bombs on a 237-ton stash of cannabis.

The haul - worth £225million and weighing more than 30 double-decker buses - was unearthed by the Special Boat Service and local commandos.
The drugs were first stuffed into grain sacks and buried in six trenches covering an area the size of two football pitches. 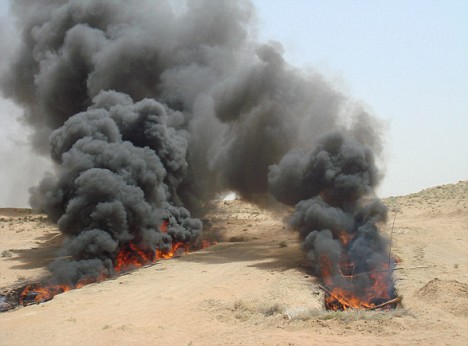 Attack: Smoke pours from a bombed trench full of drugs and, below, an RAF Harrier jet 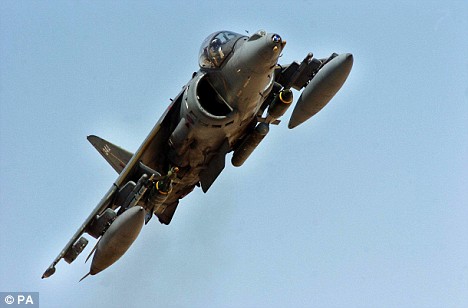 Harriers then flew over the site near Kandahar and dropped their deadly payload.

Officials believe the area - near to the Taliban stronghold of Quetta in Pakistan - was turning dried cannabis leaves into heroin.

After the attack from Kandahar airfield, troops set fire to the remains with petrol. 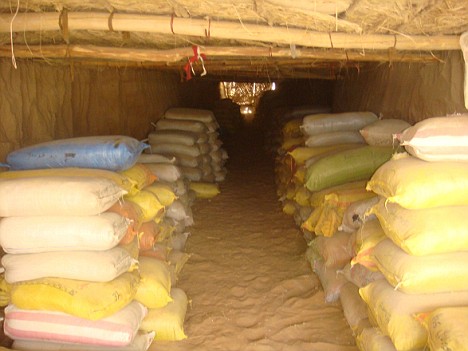 Mind-boggling: Inside one of six trenches concealing a record 236 tons of hash and 2.5 tons of opium 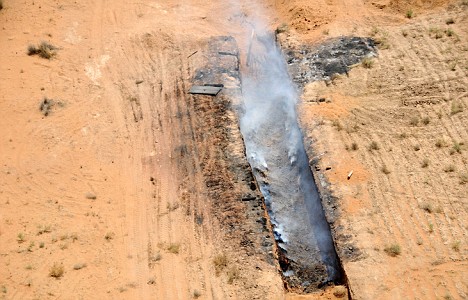 Up in flames: The third of three illegal drug caches after being hit by 1000lb bombs from RAF Harrier jump jets then set ablaze by troops
Five tons of opium, worth £2million, was also found and destroyed.
Three people were arrested.
The previous record haul was 80 tons of cocaine in Columbia in 1998.

Officials believe the area - near to the Taliban stronghold of Quetta in Pakistan - was turning dried cannabis leaves into heroin.
Click to expand...

Harriers then flew over the site near Kandahar and dropped their deadly payload.
Click to expand...

Officials believe the area - near to the Taliban stronghold of Quetta in Pakistan
Click to expand...

Someone needs a geography lesson too.

Geography challenges aside, they still hit the target.

There wasn't much text in the story, probably just bad second hand reporting.

Combat controller among most-decorated troops since 2001