A British Special Forces hero killed in a battle with Taliban fanatics in southern Afghanistan, has been named as Lance Corporal Michael Jones by the MOD. 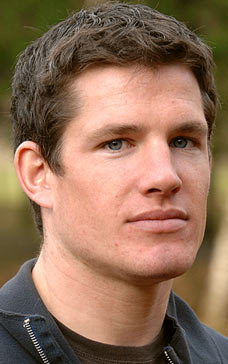 Lance Corporal Jones - officially referred to as a Royal Marine due to the secrecy surrounding his unit - died as an elite team tried to arrest a 'high value target' during a snatch raid on Sunday, insiders said.

He was the fourth British serviceman to be killed in Afghanistan in just five days, the sixth since the start of July and the 68th since UK operations began in 2001.

Lieutenant Colonel Claudia Foss, of the ISAF, said: "ISAF mourns the loss of this brave soldier. He gave his life for a better future for Afghanistan.

Despite the commando's death around 30 Taliban fighters were killed in the SBS operation, according to reports.

The spike in casualties follows the launch of a large-scale offensive involving 1,000 British troops attacking insurgent positions in northern Helmand province to drive them away from the strategically vital town of Gereshk.

The aim is to clear an area known as the 'dark heart of the Taliban'. Defence sources said the SBS member was taking part in a separate operation outside Helmand province, where the bulk of the UK's 7,700-strong force is fighting Taliban insurgents.

The surge in casualties underlines the continuing threat posed by the Taliban, more than a year after UK forces were deployed into Helmand province to try to extend Afghan government control.

Although British commanders admit they have come close to disaster on occasions, UK units have won every battle against the insurgents and inflicted heavy casualties.

But the Taliban benefit from a flow of fresh fighters and supplies, mostly crossing the border from Pakistan in the south, and senior officers admit that killing Taliban supporters often serves only to turn ordinary Afghans against the British and their allies, making the 'hearts and minds' battle more difficult.

RIP Lance Corporal Jones. My condolences to the members of his unit, and his family and friends back at home in Great Britain...

Thank you for your brave service in the GWOT...

Eyes, condolences on the loss of your friend.

Eyes, my condolences to you and your friends family/friends.

RIP Prayers out to your family and brothers in arms.

Only the Good Die Young

My condolences as well. This kind of news saddens me terribly.
S

Gone, but not forgotten.