Here's a possibly controversial article by a Harvard educated former Airborne Ranger. Basically, he's saying that parachute jumping isn't all that hard. I am a former paratrooper myself and I am wondering what others think about this.

One of my big complaints is the hype surrounding paratroopers. There appears to be a widespread notion that paratroopers are supermen because they have the courage to jump out of an airplane. Too many, if not most, paratroopers have encouraged, or at least accepted silently, this misconception.

This article is my refusal to accept it silently. Jumping out of a plane is relatively easy. Former President George H.W. Bush (Bush “senior”) did it on his 75th and 80th birthdays. I doubt he was the oldest ever. I would be surprised if it is not being done by teenage girls and grandmothers, too. At least one couple held their marriage ceremony during a free-fall. Others have had sex during free falls.
Click to expand...

Pride through put-downs of military teammates: In my experience, airborne troops are extremely big on swaggering, strutting, posing, breast beating, and trash talking based on the fact that they have jumped out of a plane on a number of occasions. They not only wear their parachutist wings, but also their Corcoran Jump Boots, glider patch overseas caps or special colored berets, and various unit citation ribbons that were awarded to the unit for the gallantry of their long-ago predecessors.

They spit out the word “leg” with contempt when talking to or about non-airborne soldiers—the same soldiers they desperately need to rescue them after they jump into a combat zone. “Leg” is short for “straight leg” which refers to the fact that airborne troops bend their legs at the knee in preparation for landing when they jump. Since non-Airborne troops do not land, they need not bend their legs.

This behavior, which is also typically of Marines, Rangers, SEALs, and fighter pilots, but not green berets, submariners, aviation mechanics, or combat engineers, to list a few other highly trained and respected military specialists, is analogous to football running backs and quarterbacks treating offensive linemen with contempt. So-called “elite” units are members of the overall U.S. military team. At times, they must rely on the same people they never miss an opportunity to publicly hold in contempt, namely, troop transport pilots and crews and “leg” units that have to link up with the paratroopers during combat.
Click to expand...

I can't believe you even posted that. It is a bunch of bullshit written by a clown with a huge chip on his shoulder (why, I have no idea). I struggled to get through the article above and his tirade about the Rangers. He is beyond wrong on numerous points. He's an idiot.
B

Hollywood has long depicted military matters inaccurately for dramatic effect. In recent years, as more military stuff appeared on such cable channels as the History Channel, Discovery Channel, and Military Channel, I have become concerned that the public is getting a misleading impression about a bunch of military stuff. Since the military concerns life and death and national security, I regard these misconceptions as too important to be let slide.
Click to expand...

I am a West Point graduate Class of 1968. I also graduated from Army Ranger and paratrooper schools. The Ranger School recommended that I be brought back as an instructor (to my astonishment and dread—I hated the ordeal of Ranger School).
I was a platoon leader in the 82nd Airborne Division. I was in several units in Vietnam. I vounteered for all of those as well as a number of things I did not get like a Long Range Reconnaisance Patrol unit in Vietnam (one of my West Point classmates with an identical resume arrived in Vietnam the day before me and got the LRRP slot I was sent to Vietnam to fill in D Company of the 75th Ranger Regiment), Special Forces (Green Berets—I volunteered for SF five times. While I was in Vietnam I was on orders to be transferred to the Fifth Special Forces Group, but the orders were changed for unknown reasons.) I also volunteered for Army Pathfinder School. Pathfinders are the guys who parachute in before the main body of paratroopers and set up beacons to guide the planes dropping the main body of troops later.
During cadet basic training, I qualified Expert, the highest rating, on the M-14 rifle. My military job specialty was radio officer. I was a communications platoon leader in a parachute infantry battalion and a heavy artillery battalion.
This resume was relatively standard for my West Point class. That is, most of them would have Ranger, parachute training, Vietnam, expert rifleman’s badge, and so forth.
Reed holds a bachelors degree from the United States Military Academy at West Point and a master of business administration degree from Harvard Business School.
Click to expand...

I just saw his bio. What a clown. He was a SIGNAL OFFICER that somehow claims he could command a LRRP unit and that SF should grab him up because of his skill sets.

What a moron. Just reading his articles makes me dumber than I was before.

whiterose, Do NOT post anymore of his crap on this board.

Recommendations
Tell the paratroopers to knock off the chest beating about airborne superiority and putting down non-airborne military personnel.
Click to expand...

Is he talking about good-for-nothing dirty-ass legs? :)

Freefalling said:
I just saw his bio. What a clown. He was a SIGNAL OFFICER that somehow claims he could command a LRRP unit and that SF should grab him up because of his skill sets.
Click to expand...

While that's not ENTIRELY implausible....

...one minor quibble...
Signal Officer: We kill people with radios and shit

Disclaimer: this post was deliberately sarcastic in tone and intended for humor purposes only. It was not intended to demean anyone. Use of the smiley-type icon is also used to signify this sarcasm.

I read this clown tirade before and if I remember correctly he left me with the feeling he had a sense of entitlement because he went to West Point. I think he is bitter because he didn't get the high-speed assignments he thought he was entitled to so his answer is to disparge everyone that earned there assignments

This guy has menstrual cramps and is an idiot. He has a known history for crap like this and more. He has no idea what he is talking about most of the time, nor does he have a clue of the circumstances involved or the expertise to criticize objectively or correctly.

Rather than cite some of the other crap he's written, I'll just start with these:

On February 15, 1995, four Ranger students died of hypothermia (low body temperature) when they crossed the Yellow River during the swamp phase in FL. The Ranger students were immersed in 52-degree water for eleven straight hours—too long. (Rangers cross a river by tying a single rope to a tree on each side then using the rope to drag themselves across the river. The rope is wholly in the water and so is the Ranger except for his head.)
Click to expand...

Weaver Creek? Yep. Boiling Creek? Yep. Yellow River? Nope. It's only crossed during the demo and that's it.

As a former PI for Waterborne, not one student has ever done a rope bridge across the Yellow River once immersed in training. Period.

Boat movements on the Yellow? Yep, but not rope bridges.

And as for the incident in question above, he's not even close to how it went down with the blanket "expert claim" he's tossed out there.

Dropping Rangers onto the roof of a building in downtown Mogadishu was an “off-label” use of Rangers. Off-label uses, like that one, generally result in the mission not being accomplished and many of the Rangers being killed or wounded.
Click to expand...

Self explanatory on the above.

Commissioned in 68. Resigned in 72. Now playing at your local armchair quarterbacking venue near you.

It's as if he says throughout his entire writings: It was everyone elses fault for me being denied my destiny........

What a tool....and still is. I'm going to send him a snivel towel.

Why don't you say what you really feel?

Equating 'Hollywood' civilian jumps with NTCE tree jumps is like saying I know how to ride a scooter, let me take a jet powered motorcycle and jump a river.:doh:

Coming from a Paratrooper, I have to say that this jack ass is just that, a jackass. Has anybody actually found out if this idiot is what he sayed he is. This just seals my thoughts on stupid people. They should suffer a debilatating, painful extinence and then wither away so nobody remembers them. I say that with the utmost respect.

Firemedic said:
This just seals my thoughts on stupid people. They should suffer a debilatating, painful extinence and then wither away so nobody remembers them.
Click to expand...

Freefalling said:
I just saw his bio. What a clown. He was a SIGNAL OFFICER that somehow claims he could command a LRRP unit and that SF should grab him up because of his skill sets.

What a moron. Just reading his articles makes me dumber than I was before.

On one point, he's correct. Jumping is not hard. Gravity does all the work. BUT, you still have to volunteer for it. That's the hard part. And as far as chest beating and all that, that's just good ol' fashion esprit de corps. If he was a PL in division and didn't beat is chest for and about his guys....well, you know where I'm headed with that. If I'm in charge of a bunch of spoons, I'm going to beat into their heads that they are the biggest, baddest, most lethal group of yakisoba makers around. They are going to have sense of pride in their work, and when shit hits the fan, they are going to have a sense of belonging that welds them to the man to their left and right (cooks have CSAR mission in Bn, right?). That's what chest beating is about. Maybe someday I'll finish my degree so I can see what HE was talking about.

It would be nice if we could get someone into the Ivy Leagues to represent us rather than confirm their assumptions that we're a bunch of knuckedraggers who don't possess the intellect to achieve their rank and status. 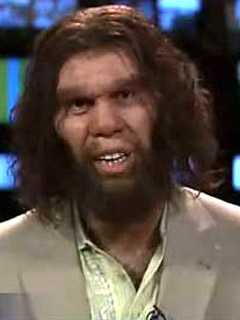 SIG O's can be hoo ahh too!

Russian family hides out in Siberia for 40 years...unaware of WW2