Note: The SAS's actual designation is Military Special Projects, or MSP. The unit was redesignated in 1995, when General Boykin assumed the Deputy Chief post after coming over from the US Army's Delta Force.

The Central Intelligence Agency's (CIA) Directorate of Operations (DO), which is headed by a Deputy Director for Operations (DDO), is responsible for handling covert actions conducted on the Agency's behalf. Within DO are a number of subsections, including Counterterrorism, Counternarcotics, Counterintelligence Staff (CIS), Covert Action Staff (CAS), Special Operations, and others. Of these groups, the Special Operations unit is tasked with conducting paramilitary (PM) covert operations.

The Special Activities Staff (SAS) is one of the least known covert units operating on behalf of the US Government. Operating in teams as large as 12, or as small as one, the SAS is considered to be among the world's top special operations units. SAS personnel have been described as being particularly skilled in counterterrorist/hostage rescue operations, and are said to capable of "taking down" any type of vehicle, aircraft, ship, building, or facility.

The SAS provides a pool from which the various divisions within the Agency may draw trained personnel to form a Special Operations Group, or SOG. SOG's are short-term teams that carry out paramilitary operations such as sabotage; friendly personnel/material recovery; threat personnel/material snatches; bomb damage assessment (BDA); counterterrorist (CT) operations; raids; hostage rescues, and other activities as directed by the President.

Candidates for the SAS are primarily drawn from two sources. The first of these is the US military's Special Mission Units (SMUs) such as the Army's Combat Applications Group (CAG) better known as "Delta Force" ( the 1st Special Forces Operational Detachment-Delta), as well as the US Navy's Naval Special Warfare Development Group (DEVGRU-formerly known as SEAL Team SIX). Other prospective candidates are drawn from former members of elite military units such as the USMC's Force Reconnaissance units; the US Army Special Forces; and Navy's SEAL teams, or from within the ranks of the Agency itself.

A SOG detachment would be comprised of members from one, or more the SAS's three sections, which include a Ground Branch, Air Branch, and Maritime Branch, depending upon the needs of the SOG, and its mission tasking. Once organized, a SOG would travel to its selected Area of Operations (AO), and execute its mission as directed by the DDO through the local Chief of Station, or whomever was tasked with carrying out the operation.

One successful operation conducted by the SAS occurred during Operation Desert Shield. During the operation a lone SAS operative repeatedly penetrated Iraqi defense in and around Kuwait City in order to deliver, and retrieve intelligence material from the besieged US Embassy. In another operation SAS operators, along with US Navy SEALs, were involved in the covert mining of Nicaraguan harbors during the 1980s.

Air Branch is a descendent of such groups as Air America, Southern Air Transport, and Evergreen Air. Air Branch provides all of the Agency's covert aviation assets, with both fixed and rotary wing aircraft being available for use. Reportedly there is virtually no type of aircraft that SAS Air Branch personnel cannot operate. Some Air Branch pilots are culled from the ranks of the US Army's 160th Special Operations Aviation Regiment.

Air Branch has provided personnel for such diverse undertakings as "Sea Spray" (A covert Army/CIA aviation unit), the covert arming of the Nicaraguan Contras, and the resupply of UNITA rebels in Angola.

One example of these activities occured during the early 80's, when Maritime Branch personnel trained Nicaraguan Contras to use of high speed boats for attacks against Sandanita shipping. They also stood by to launch underwater sabotage attacks against ships docked in Managua's harbor. Another example occurred in early 1991. This time Maritime Branch operators instructed US military SOF in the use of modified jet skis for a possible hostage rescue mission during Operation Desert Storm.

The amphibious skills of Maritime Branch personnel are sometimes duplicated within Ground Branch, due to the fact that many Ground Branch operators are already combat diver or scout-swimmer qualified.

Small arms instruction is provided using a wide variety of weapons, ranging from pistols and shotguns, to rifles and carbines. CQB shooting skills, sniping, and countersniping are all considered vital skills and are emphasized thoughout operator training. Civilian training centers such as John Shaw's Mid South School, TEES, BSR, and Gunsite are known to frequently play host to SAS personnel.

Another important area of Ground Branch operator training is advanced automobile handling (evasive, high-speed emergency driving). Students learn how to drive virtually any type of vehicle under any condition, both during daylight and at night, with or without night observation devices (NODs). They also receive instruction on how to use the car as a weapon, should the need ever arise. These skills, along with related techniques, are known collectively as Tactical Vehicle Commandeering (TVC) and are learned both at civilian academies and by G8: Training Division.

All Ground Branch personnel are required to undertake every class offered by OTR that has anything to do with small arms, vehicles, terrorism, or covert fieldcraft. While such training obviously enhances the individual operator's personal skill level, a secondary reason for such training is the fact that Ground Branch personnel will, at some point in their career, have to serve as an instructor at a CIA or government run training facility. 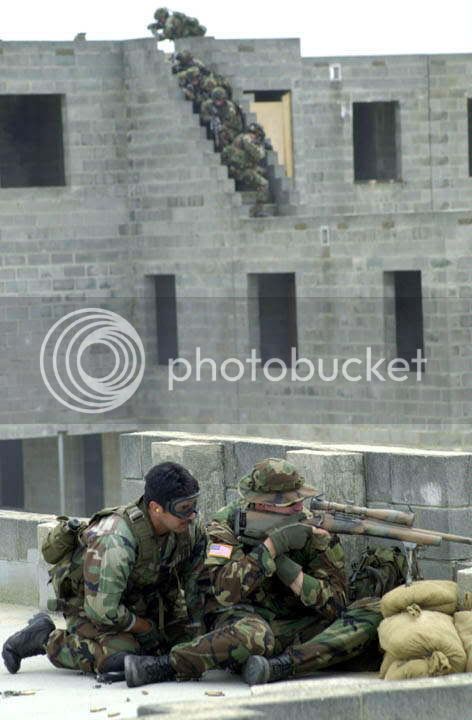 This is what i found on the subject, sorry if it has been posted before.
Feel free to add any info regarding this if you have any.

Thank you, that is very informative. You should provide the link to the source of your information.

Was looking at CIA jobs (curiosity, family member was CIA retired) and found this.

Is there an age limit? I'd be 42 if I did 20 years in the Army. I'm noticing that some jobs are closed at that age (i.e. NC highway patrol max age is 38). I'm assuming that they higher a lot from SOF, especially Tier 1.

Also took an interest in this job as well.

Lol, I don't know why you posted a photo of Rangers and SF:confused:

I was thinking the same thing. If memory serves, that pic was taken at Bragg in 2001.

Can I do this when I grow up?

Oh, wait...I'll just stick to serving beer and handing out remotes. I'm good at intel though...doesn't that count for something?


Hey Rusty...are you at that location not far from the mall in Brunswick? Just off I95? Good place to head down to btw...to an Irish pub in Fernandina Beach. It's only an hours drive, but worth the drive, had many of good times there. Bypass Kingsland though! LOL
C

Some book called Killer Elite about them is available at most book stores. Allegedly about them anyway.
8

Caspersen said:
Some book called Killer Elite about them is available at most book stores. Allegedly about them anyway.
Click to expand...

Killer Elite is mainly about an unnamed special unit which we won't talk about here.

RustyShackleford said:
I was thinking the same thing. If memory serves, that pic was taken at Bragg in 2001.
Click to expand...

Wasn't it the annual "Dog and Pony Show" or something?
B

Yeah I think it was a CAPEX
C

82ndtrooper said:
Killer Elite is mainly about .
Click to expand...

My mistake, I just saw "The Activity" and made the connection from reading the jacket of the book. This is yet another paramilitary spook unit from the looks of it.

Boondocksaint375 said:
Yeah I think it was a CAPEX
Click to expand...

Yep that was the one.

Sorry Boon, I posted this thread right after a dock night out in Vegas ;)

But look at that spotter, he looks just like Chavez Ding!

That info is close, but no cigar...

FWIW, the only folks getting picked up today are DEVGRU and SFOD guys. That's it. Too many of them getting out to let them go to waste... If you fit the bill and need an intro, PM me and I'll see if I can help.

Caspersen said:
My mistake, I just saw "The Activity" and made the connection from reading the jacket of the book. This is yet another paramilitary spook unit from the looks of it.
Click to expand...

Read the whole book next time before you ref it. ;)
P

I've worked with them Believe it or not.
Dudes I knew were really mellow. Good guys.

Viper1 said:
I'm noticing that some jobs are closed at that age (i.e. NC highway patrol max age is 38).
Click to expand...

Not to derail this thread, but to correct the age-it's 39. You can turn 40 on your second day of PBS.

Up until a few years ago, there was not limit on age.

You'll notice most gov positions have a cutoff of 37 (ATF, FBI etc) DEA and US Marshals are now 36 along with a 4 yr degree requirement.

So much for double dipping.

Pete031 said:
I've worked with them Believe it or not.
Dudes I knew were really mellow. Good guys.
Click to expand...

Very true... top-notch. None of those guys has a thing to prove to anyone.

Centermass - In regard to the original post, don't let the age thing get you. There are waivers for a reason. :)

AssadUSMC said:
Very true... top-notch. None of those guys has a thing to prove to anyone.

Centermass - In regard to the original post, don't let the age thing get you. There are waivers for a reason. :)
Click to expand...

Thanks for the info. I hope to heaven I stay in good enough shape to join and help make a difference. My uncle was a 30-year CIA man (worked in communications).

For now...just trying to get through deployment and to Q course :)