Back to the practical jokes,, One day in the CQB office I was trying to figure out a way to mess with our Gunny, GySgt. Williams was the Senior Enlisted Marine in charge of the CQB section, and like I mentioned before he was in-charge of some crazy Sergeants. Gunny was a proud dark-green Marine from down South, and gays -- as he called them, would not do well around him in his Marine Corps. So I wanted to come up with something this time, to play on his love for the gays.

I've always been pretty good with computers and graphics, even going back to my high school days when computers first became popular or mainstream. One time in the high school computer room I recreated a 9th grade report card to give to my mother because my grades were so bad, and it was golden -- it was the first year that we went to computerized report cards and I knew my single-mother would be clueless.

Back to my story, so one day in the office I'm bored and I came up with this idea to make a bumper sticker from the Microsoft Office Paint program, and then place it on the back of Gunny William's POV.

I've recreated the sticker down below, but keep in mind,, that isn't nearly the quality of what I made for Gunny that day. 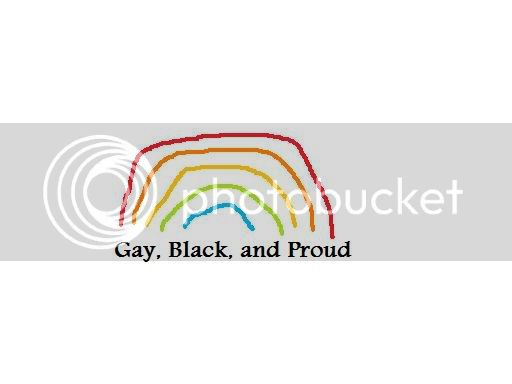 After I printed up Gunny's nice new rainbow sticker I got some lamination paper, some glue, and I placed the sticker on the back of Gunny's POV.

Gunny was always loving that nice shinny POV he had, it's too bad that he had to drive around with that sticker on his POV, for two full days before his wife pointed it out to him.

Good ole Gunny was pissed when he found that bumper sticker, and I paid. LOL -- Semper Fi Gunny.

How did he find out it was you? Or...was it just a given?

Yeah, he knew it was me. I was that guy... always have been. Life is much funner laughing at/with the people you are closest with. :)

Good job, Wookie! That made me laugh.
8

Location
The Mountains of Madness