Hank and the Gunny

Down below is a picture Hank the dummy, I took the picture of him today when I had him out while I was cleaning my basement. I threw on the gas mask for shits and giggles. But I think the picture will help you understand what I'm talking about with this story, without having to explain "him" as much -- he's basically a foam six foot shooting dummy.:confused:

In the picture above, Hank is laying down on my patio because his posture isn't very good anymore, so he doesn't stand up much. But back in his day, Hank was revered as a shooting dummy -- we used him and other dummies like him in our live-fire house because it mixed it up a little, and it offered more realistic training then just shooting at paper targets on stands.

Today I own Hank,,, call it a going away gift, but that story will come out later.

Any way, this joke is again on my beloved Gunny. In addition to being a homophobic, GySgt. Williams, in charge of CQB Section, was also scared of all kinds of things like snakes and other "scary" things in the dark. Big tough Marine.

We had night shoots pretty much every night in that school, either early morning or late night shoots depending on the time of the year. So, one particular night with Gunny's wife out of town and clearance from the Captain, I sneak up from the range with Hank. Gunny is the RSO downrange and I have a range radio so I have nothing to worry about until he calls the range cold. But by then I'll be back down range. So I grab Hank the dummy and go to Gunny's unlocked house and I put Hank in his living room; sitting in Gunny's recliner -- holding a rubber M-16 rifle.

Before I leave, I unscrew the light bulb to the lamp in the foyer, meaning Gunny will have to go into his living room with the light outs to turn on a light in his house. And it means that he'll walk right by Hank sitting in his chair in the living room with a rubber rifle. 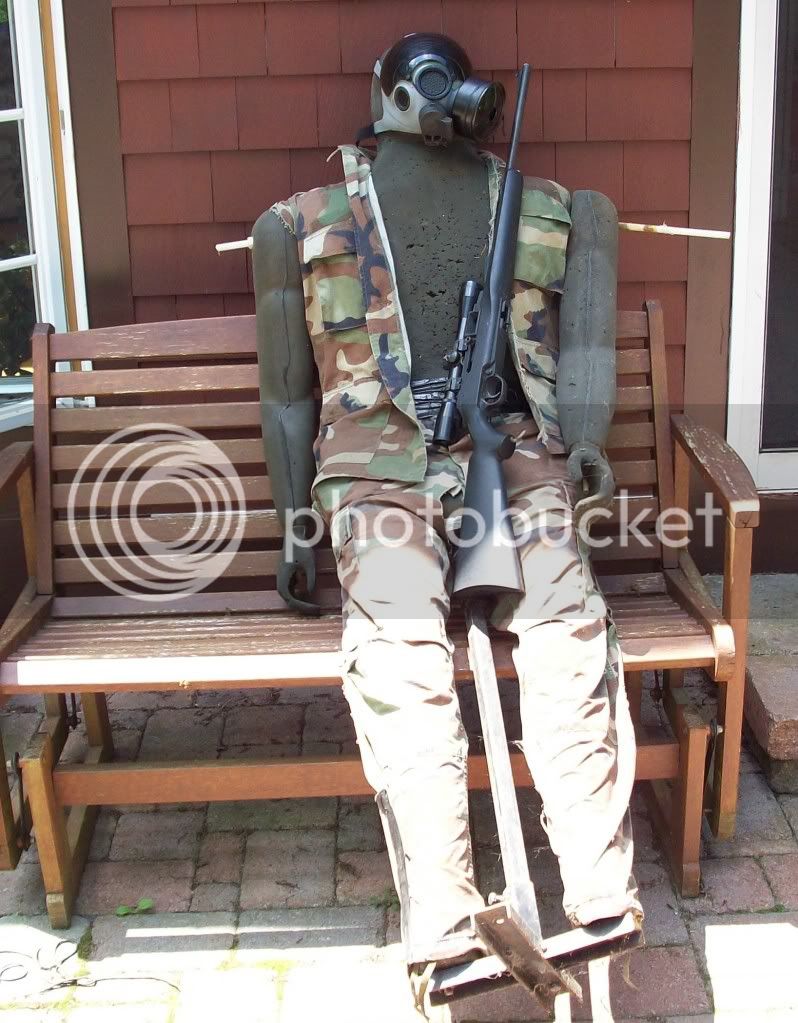 I can almost see him now walking into that house, late at night after a long day of training, and unexpectedly catching this six foot "dummy" sitting in his recliner holding a rifle.

I got four weeks of weekend duty for that one,, but two of them I paid someone to take it for me.;)

The Current Commandant of the Marine Corps vs. ...all of the other former Commandants?
2 3 4