Hope you have some PJ's nearby... Pretty cool story.

HURLBURT FIELD, Fla. -- Eight Air Force Special Tactics Airmen were in the right place at the right time to rescue a civilian worker who fell approximately 25 feet aboard the USS Alabama, Sept. 17, 2014, in Mobile, Ala.

The Air Force pararescuemen assigned to the 23rd Special Tactics Squadron, Air Force Special Operations Command at Hurlburt Field, Fla., were on their second day of confined space rescue training when they responded to an individual who fell while painting the ship. The team was notified of the accident as they started their training.

The Airmen stabilized and treated the individual, who had injuries to his back, until the Mobile County Fire Department could arrive. The pararescuemen and firefighters moved the patient from a high deck to the main deck of the ship and finally on shore, using a rope and pulley system commonly used by pararescuemen during combat or humanitarian rescues.

"We connected [the patient] to the rope system we had already set up, and leapfrogged him all the way down to the main deck. We had firemen and 23rd STS PJs staggered on different levels to...facilitate the patient from the fifth deck to the main, which was approximately 50 feet," said Tech Sgt. Jason Humes, a pararescueman on board the ship.

The patient was taken to a nearby hospital for further treatment. The pararescuemen were happy to hear that the patient should be on his feet again in a couple weeks, said Humes.

Pararesecuemen from the 23 STS have been involved in a number of civilian rescues in the last 12 months including motorcycle accidents and
heart-attack rescues in nearby communities as well as in the Alabama mountains during a scouting visit for additional training.

Air Force Special Tactics pararescuemen are special operators whose primary mission is personnel recovery. They provide emergency and life-saving services for the most dangerous missions the U.S. military performs and frequently deploy with U.S. Navy SEALs and Army Special Forces. 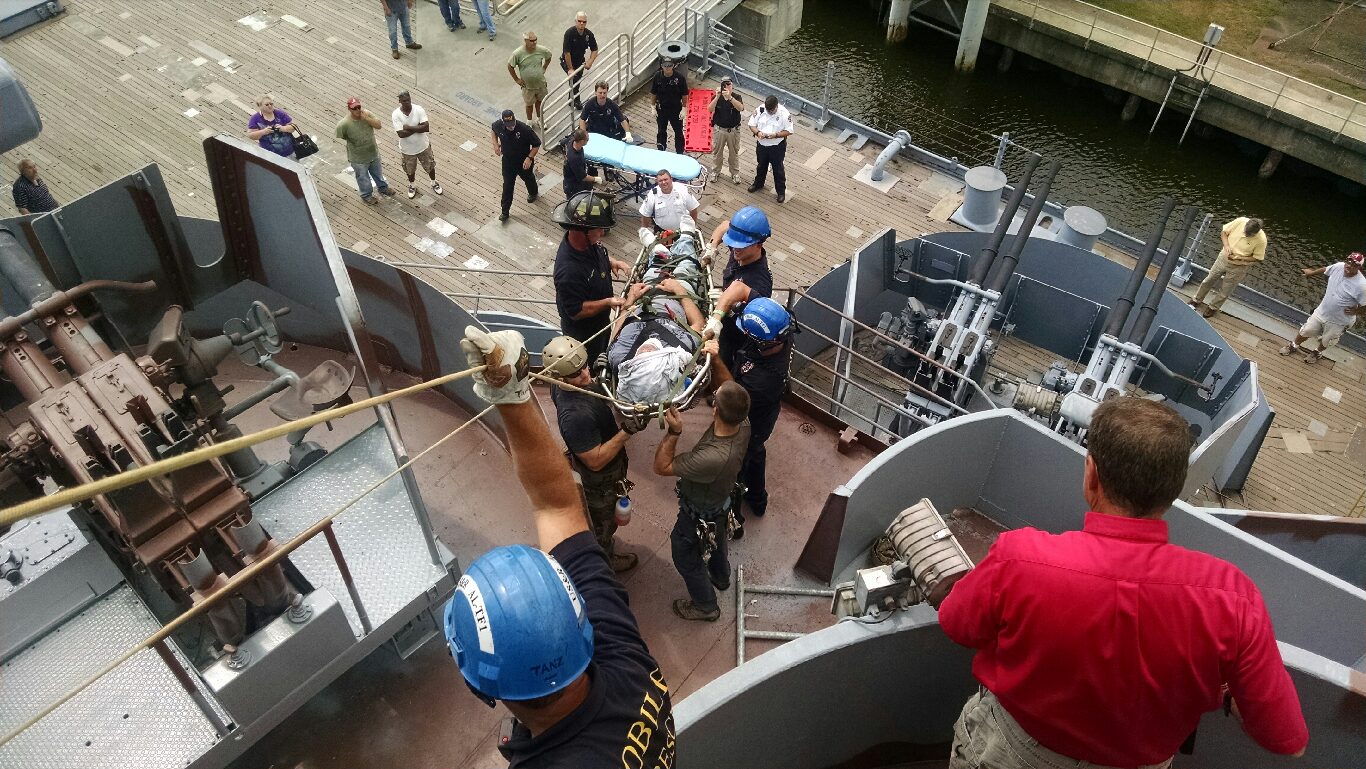