This is probably the first time I have made any effort at shooting irons in over 10yrs. It was killin' me trying to zero/shoot 4" black bulls at 100yds. I got it close enough then confirmed it on a VTAC: 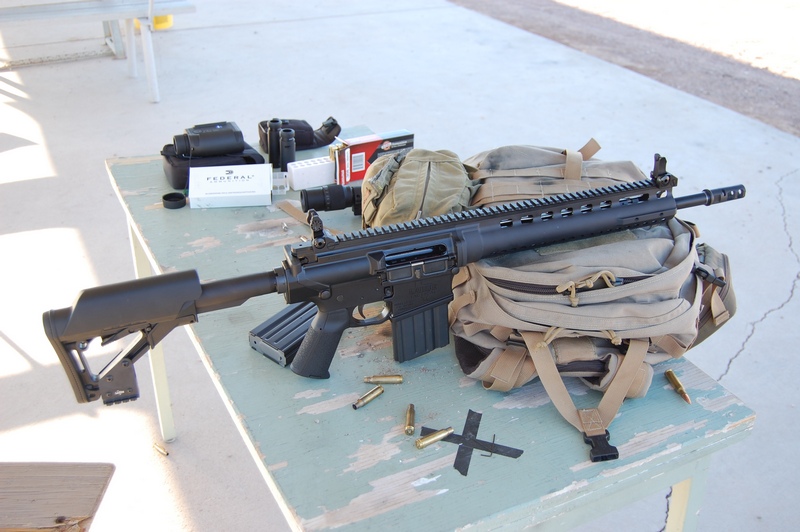 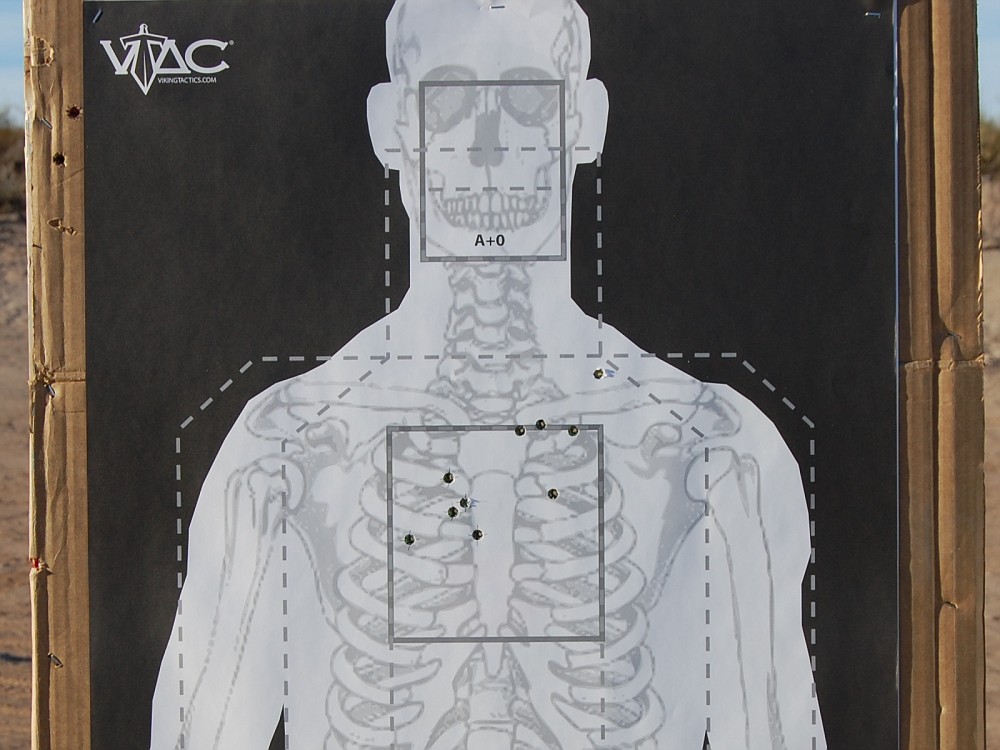 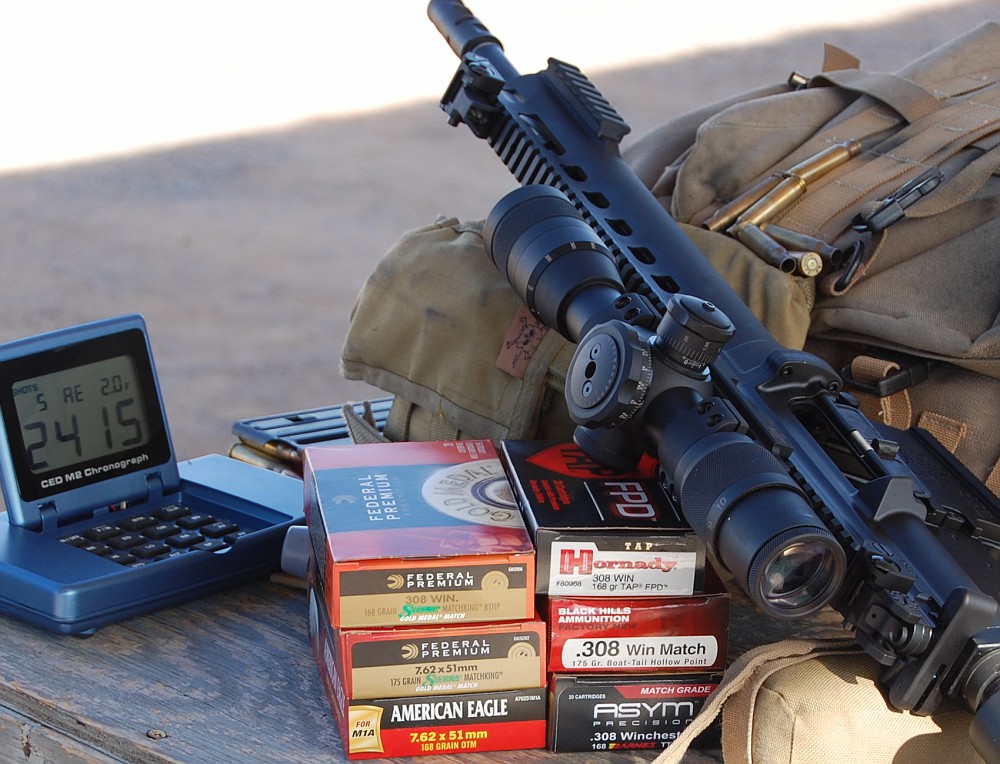 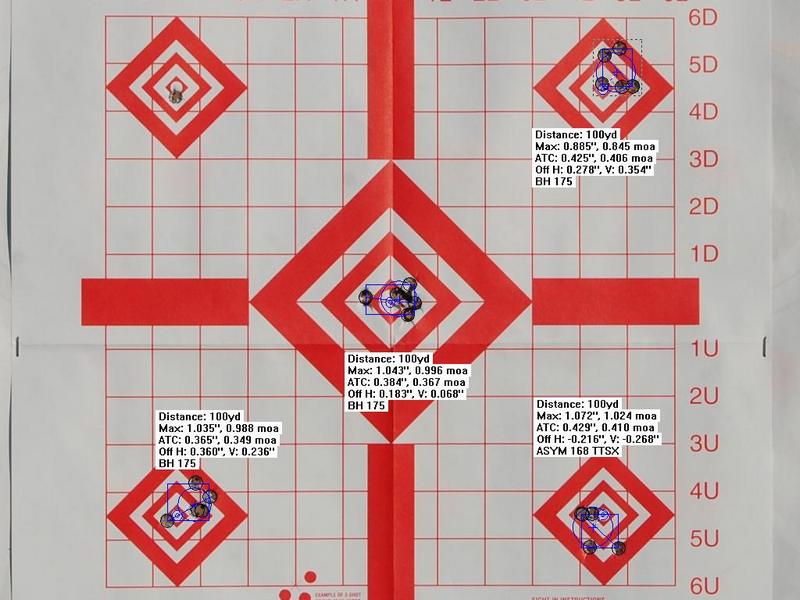 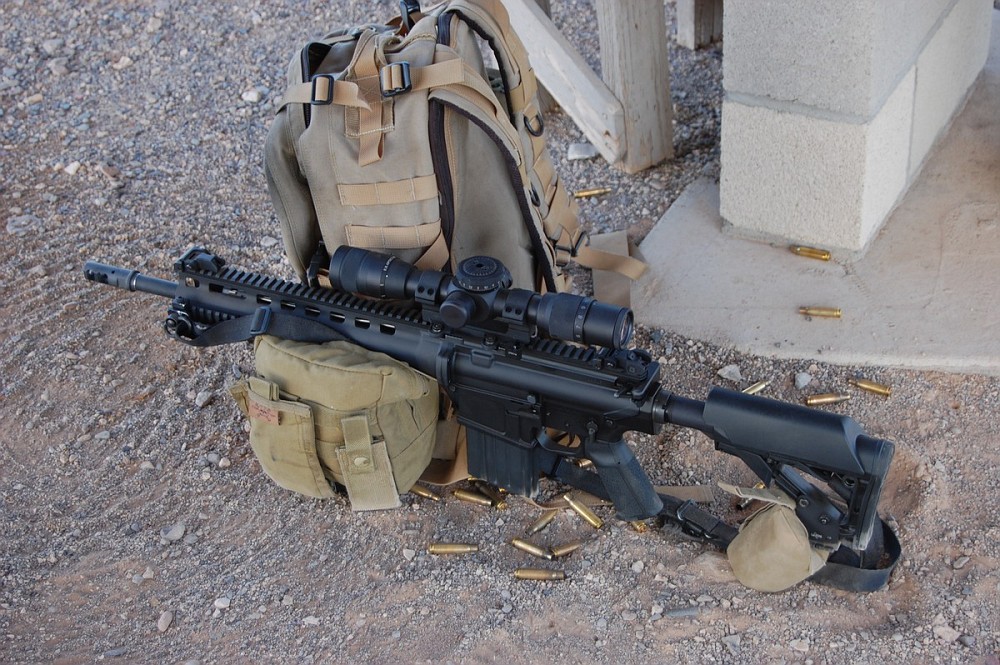 I was looking to see if the bullets were keyholing(impacting sideways). All looked clean. Eight impacts of 20 fired: 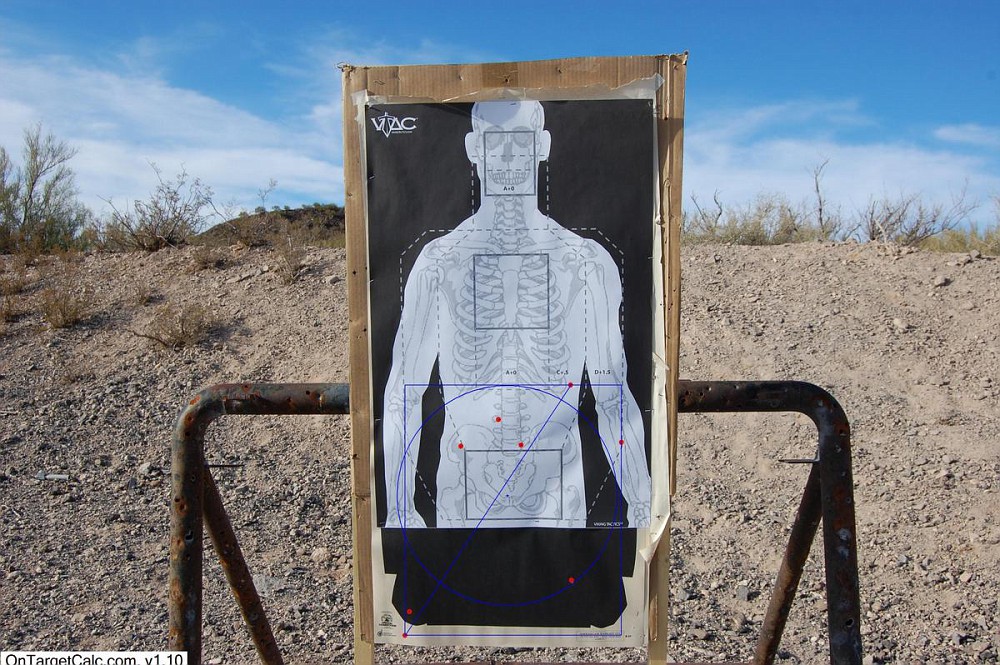 The rifle has shown to be reliable and accurate over the course of 500+rds. It weighs just under 13lbs with the optic and sling mounted.

I have let several small groups of Border Patrol agents who were doing some advanced training shoot it and they all seemed to like it quite a bit. A few offered to trade off their M14s or scoped AR15s. 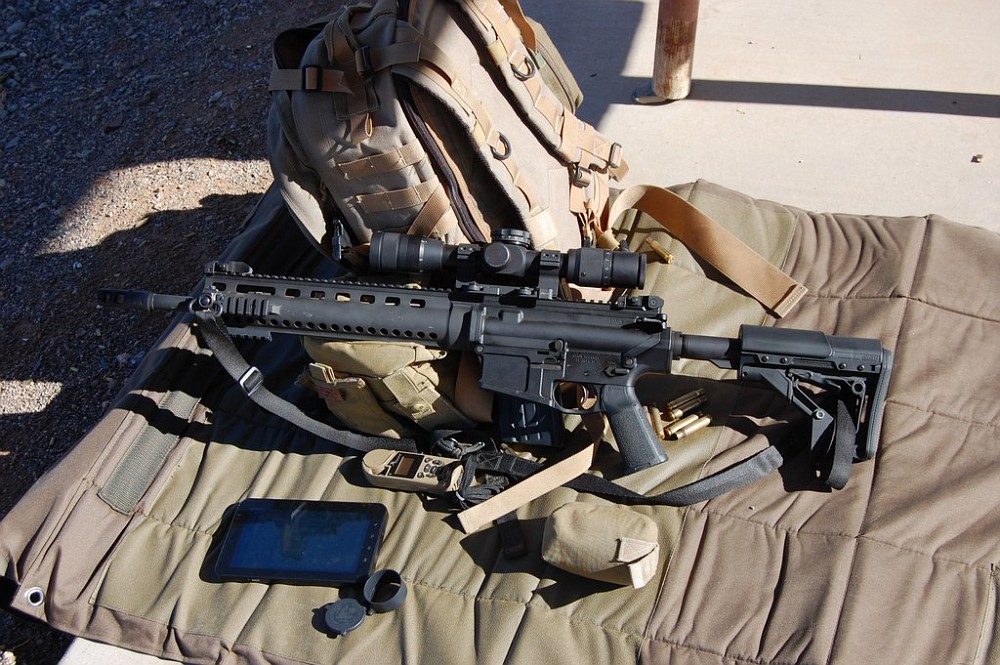 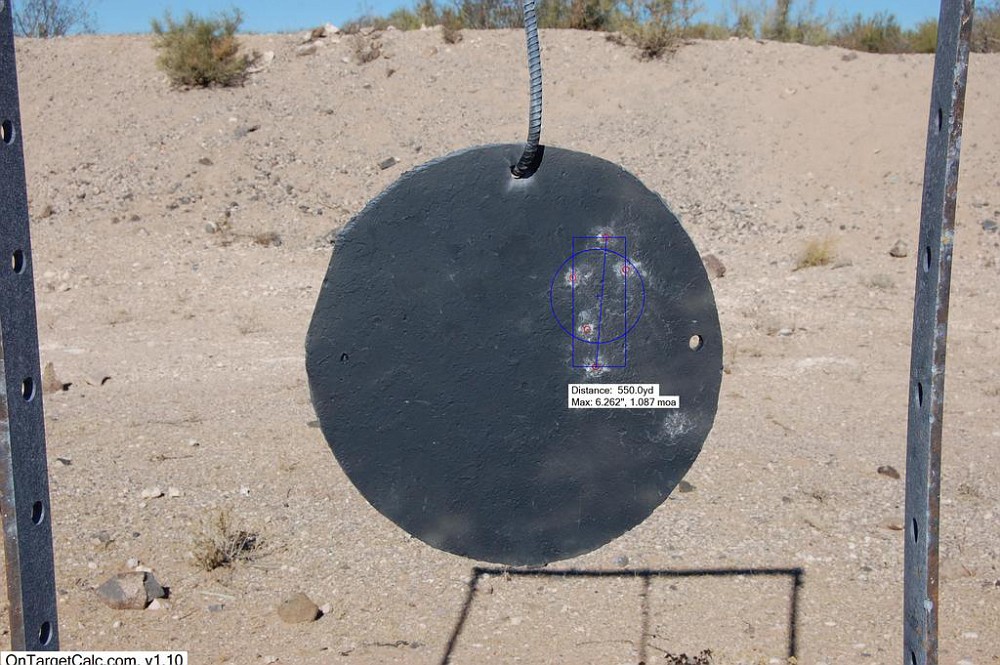 Need to figure out the vertical stringing. I think it is from contact between the lower picatinny and the bag. Bottom group is about 6.5" 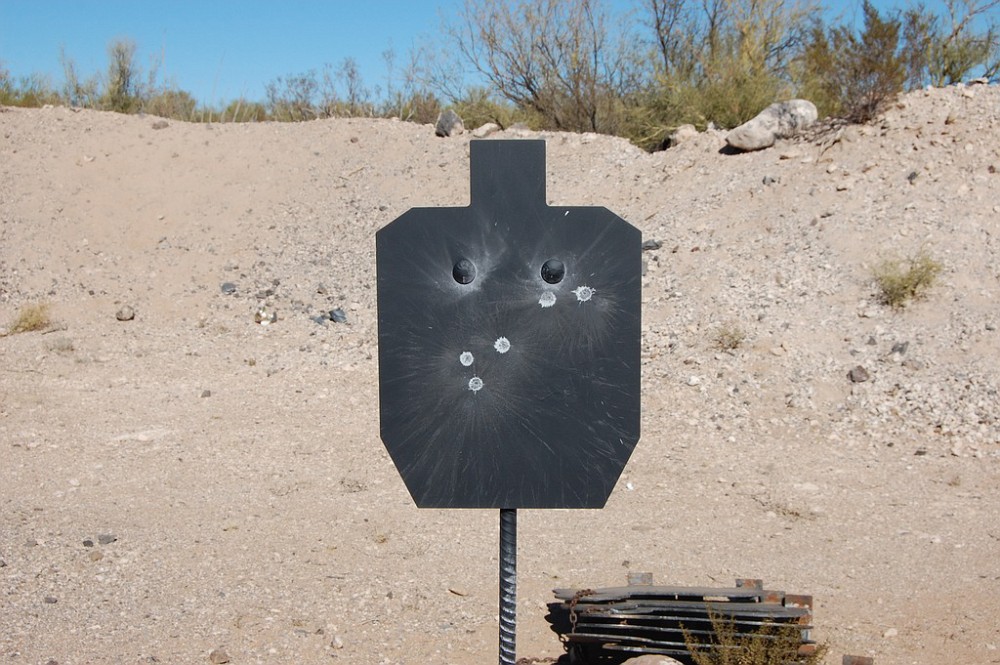 So it's staying pretty close to 1MOA at killing distance? Freaking nice rifle dude, I am finishing an SPR build and have been looking for a semi AR10 type platform for 308. I think this might be the ticket, outside of the $3k price tag, holyshit.

Trigger Break?
Barrel twist?
Gas System and length?
Can the stock be replaced/ AR10 type or PSR?
Click to expand...

LaRue gave me this as a demo rifle for our optics, I did not have to buy it.

Geissele two stage, clean, 5.5lbs on my Lyman trigger gauge
1:10
No idea on the length of the gas system.
Stock is replaceable.

That's what the winners of the International Sniper Comp were using, slick gun. I'd love to take an OBR upper to Afghanistan with me on my M110.

Chad said:
LaRue gave me this as a demo rifle for our optics, I did not have to buy it.
Click to expand...

Have you ever fired the LWRC REPR? I'd be interested in comparing the OBR and REPR.

Have you ever fired the LWRC REPR? I'd be interested in comparing the OBR and REPR.
Click to expand...

Not yet, a guy has one at the shop but that is in CA, I work out of AZ and do my best to stay out of CA.
I will try and shoot a LWRC and the KAC carbine at SHOT.

Chad said:
Not yet, a guy has one at the shop but that is in CA, I work out of AZ and do my best to stay out of CA.
I will try and shoot a LWRC and the KAC carbine at SHOT.
Click to expand...

I try to stay out of Communist regimes as well.

I personally like the REPR (and the folks at LWRC who let me shoot the hell out of it), but I'd love to see how it compares to the Larue.

Who says I don't work?
Back in March, few days before a demo for a LE agency in Phoenix.
Checking zero on some rifles and scopes w/ LaRue QR mounts. Also, the initial range session w/ a new reticle. 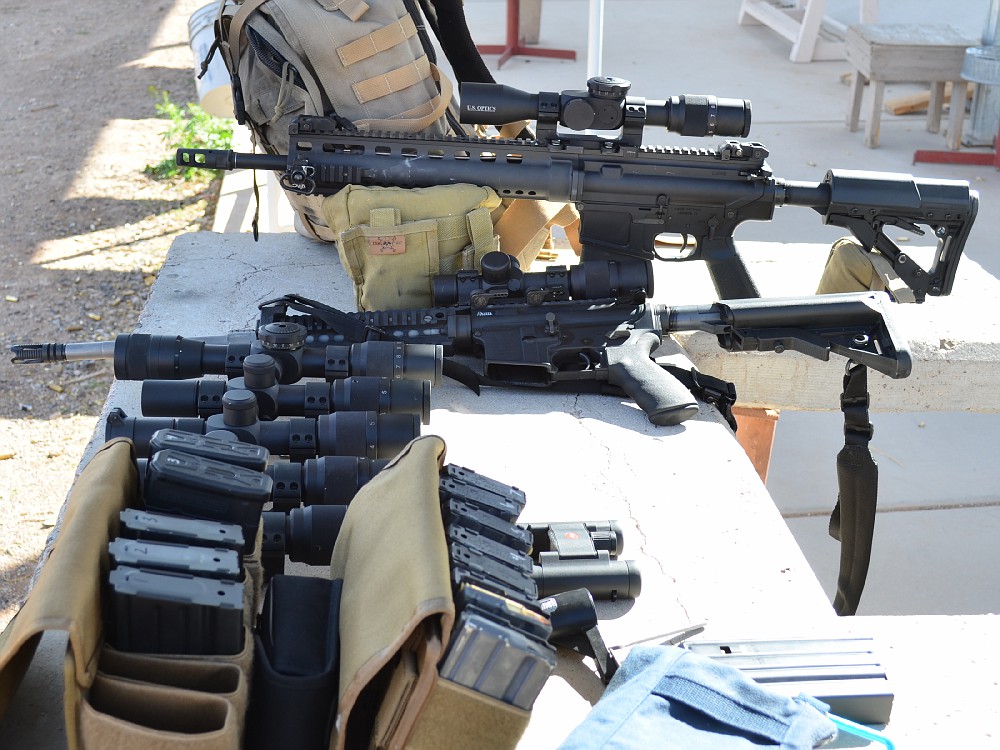 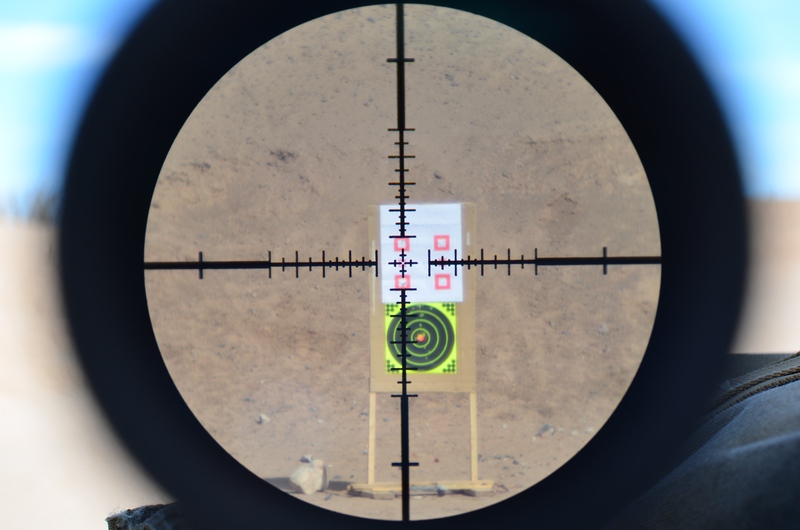 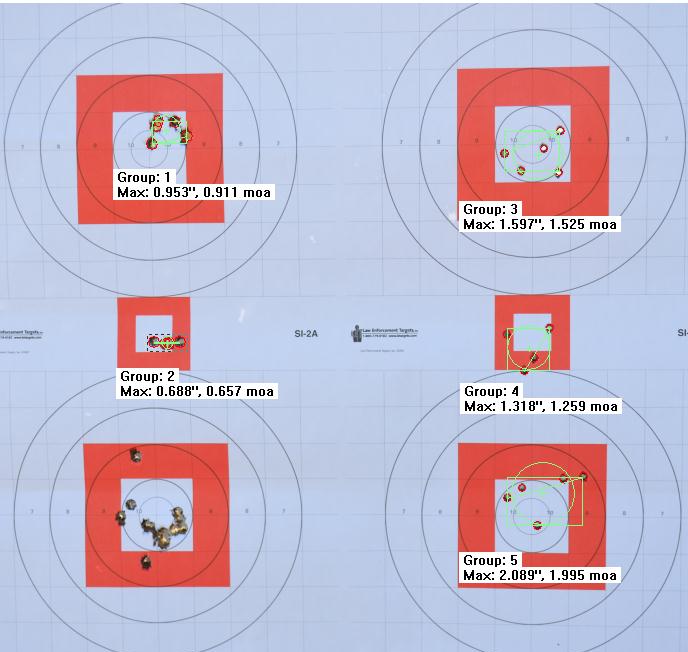 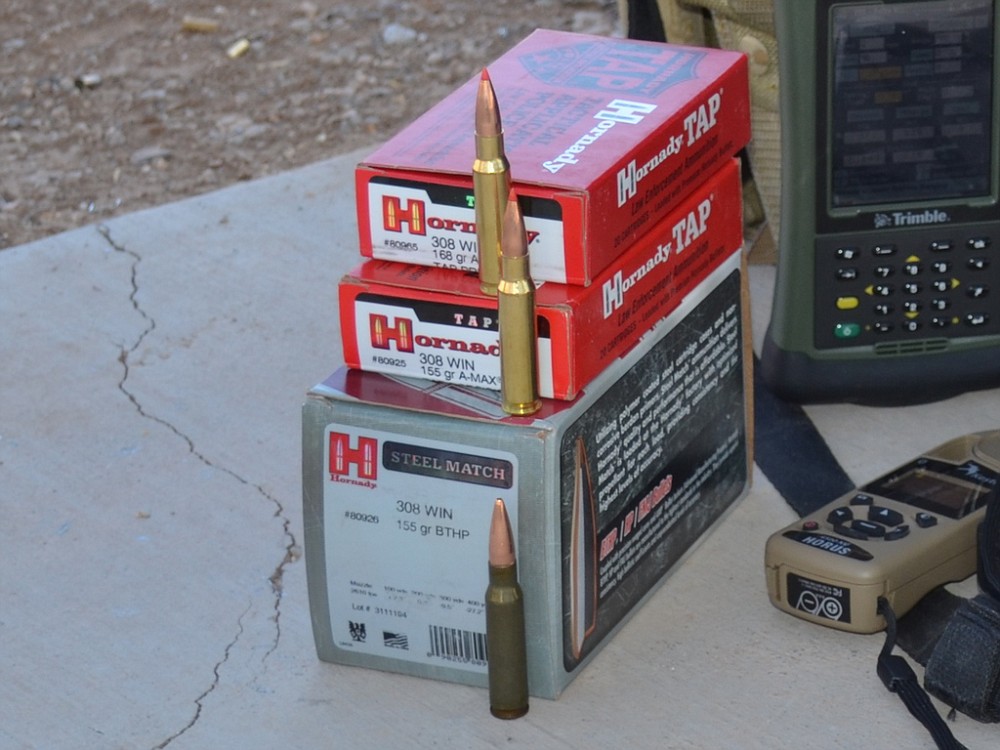 Did not feel great about the groups, the C2 reticle is not the best for ammunition testing, off day, gusty wind.... gimme a minute and I can come up with some
more excuses. 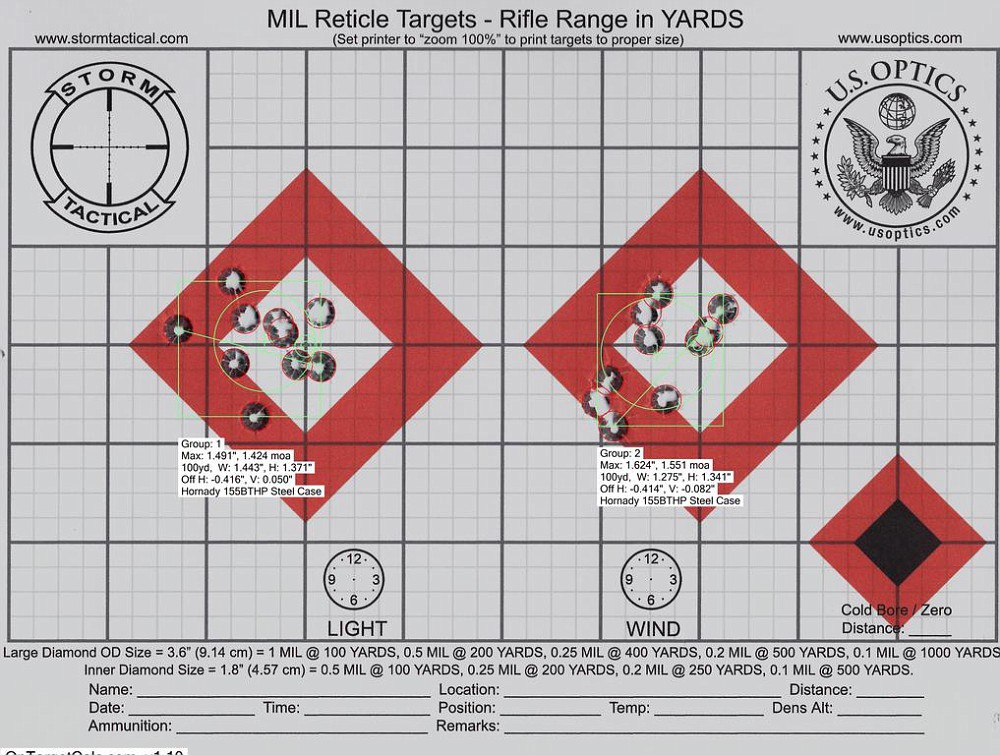 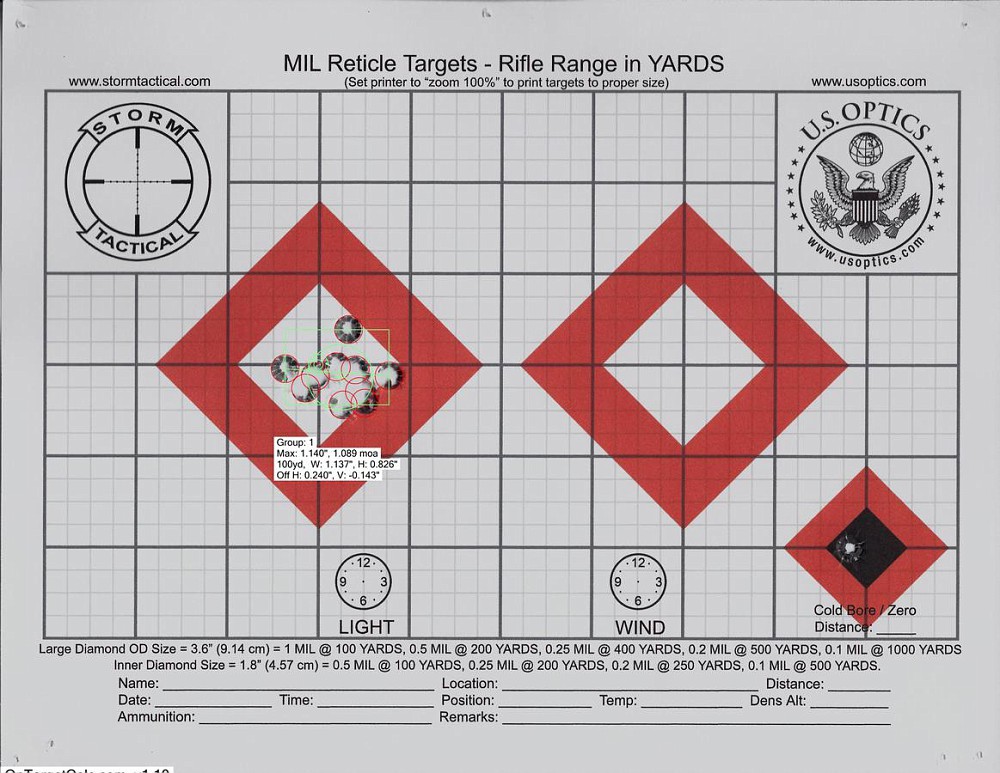 Then went to 550yds. Object was to get some hits on a steel target and that would allow me to ballpark my muzzle velocity. 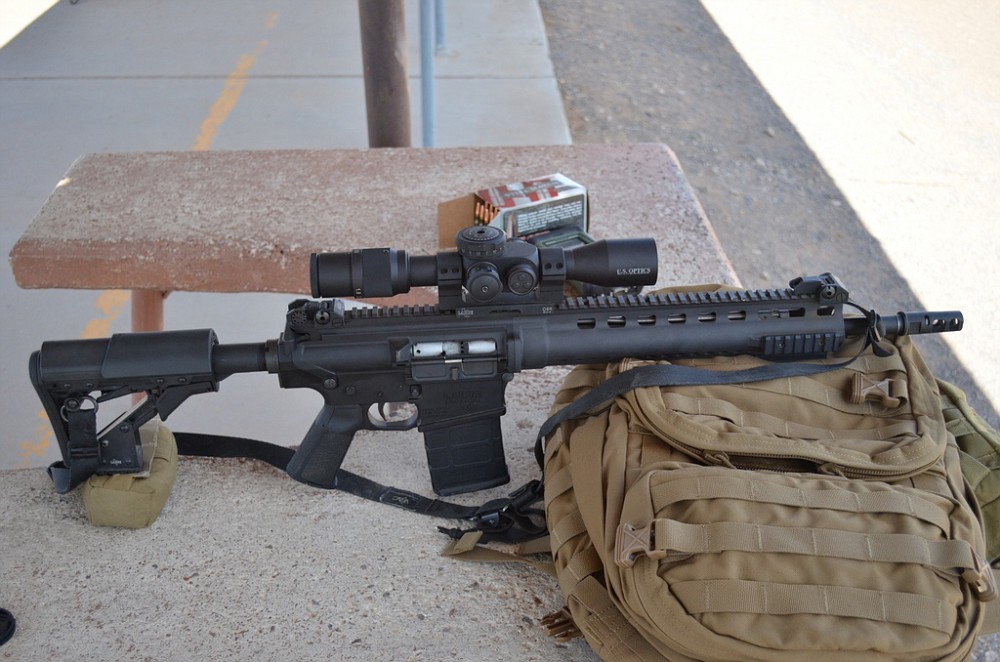 Not an actual 'group' for record, one shot missed low, I was just looking for the difference in POI from POA(8.11"): 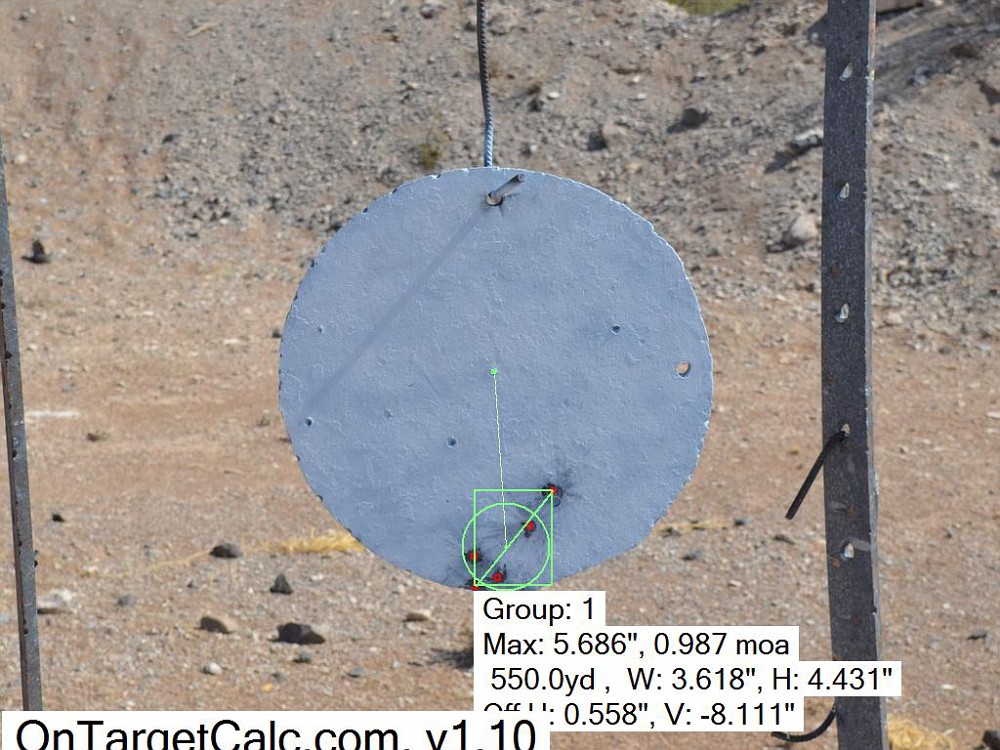 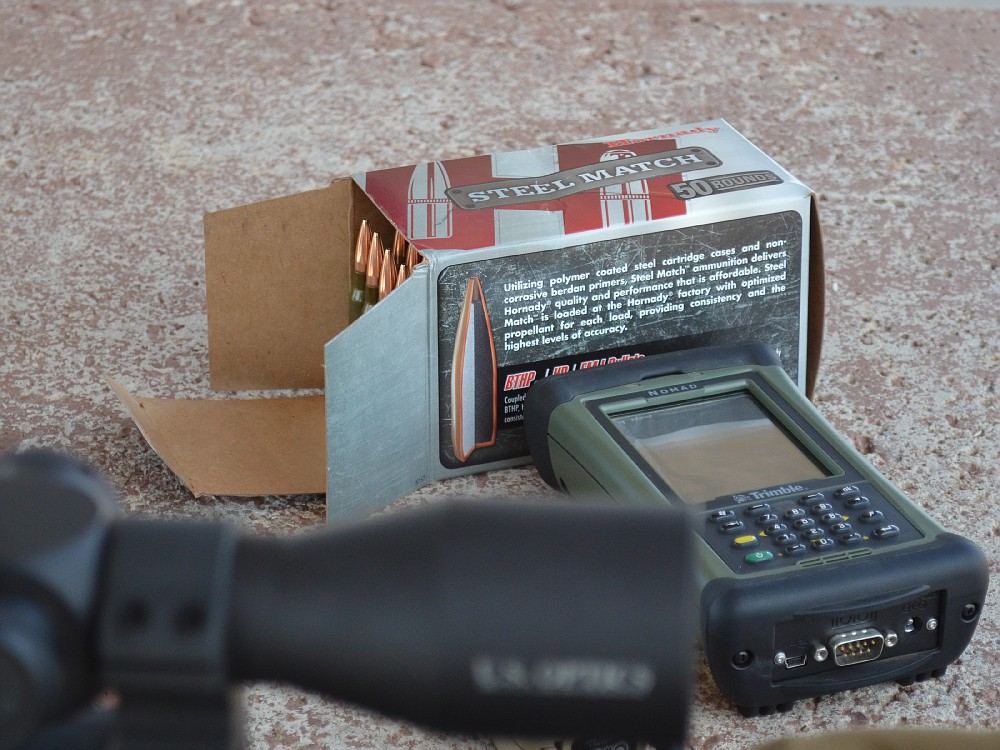 Very nice setup, Chad. Great choice on the weapon and the optic.

I've been training with my new USO scope and can't believe the difference. I'm definitely a fan.

How nice it would be if we could have these over M110, or at least to supplement it. I would be nice to just roll with one gun for close in and far out. Then again seems like the SCAR-H are getting more promonent so maybe thats the solution. Sweet looking set up. Thanks for the data and pics.

Etype said:
I'd love to take an OBR upper to Afghanistan with me on my M110.
Click to expand...

Would that be legal?
I know privately owned weapons are a no go, but is an upper good to go?

So overall how would you rate the Scopes? I was looking into getting the SN-4 1.5-6x or maybe even the SN-3. Any thoughts on either?

In general I look at the SN-4 1.5-6x as an optic for a carbine type system(18" or less AR type). The SN-3 line is weighted more towards precision systems, there is some overlap with the SN-3 1.8-10x as it works well on carbine types(16" OBR) or short range precision rifles(Remington LTR). There are plenty of exceptions but that is a general guideline w/o further info.

Option 1:
We swap lies and try to figure out some details on what optic might work.

Option 2:
I show up with a dozen or so scopes, pre-zeroed on some rifles and you try them. This is good as it gives a broad look at the options(turrets, reticles etc.) we offer and lets the user bang on stuff. People are free to bring other brands to compare with. This type of expedition depends on locations, number of peeps involved and what else I have going on.

Option three:
Sometimes I just mail a scope and let the user demo it.

pardus said:
Would that be legal?
I know privately owned weapons are a no go, but is an upper good to go?
Click to expand...

Correction: Upper receivers are not classified as firearms :)I talked to Larue and they confirm that the upper may fit AR-10 receivers. The only issue is whether the lower receiver will fit the upper receiver some guys I know have tried it and were unsuccessful. It's precision CNC machined so the tolerances are very tight.