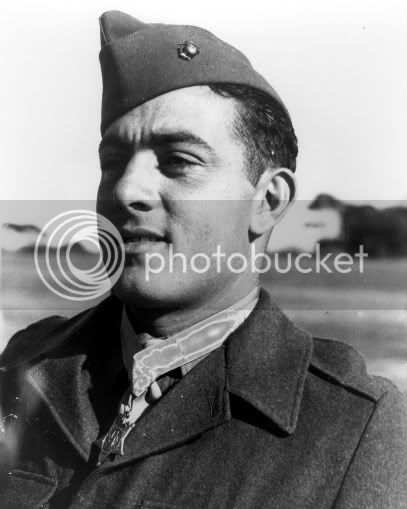 He held off 3,000 Japanese troops at Guadalcanal, after his 15-member unit was reduced to two men. Basilone was killed in action on the first day of the Battle of Iwo Jima, after which he was posthumously honored with the Navy Cross. He is the only enlisted Marine in World War II to have received the Medal of Honor, the Navy Cross, and a Purple Heart. Basilone is buried in Arlington National Cemetery.
Click to expand...

Men like David Shoup, John Basilone and John Yancy were my childhood heroes. They were to me like Mickey Mantle and Pete Rose were to other kids.


Gotta keep the spirit of America alive
Click to expand...