I saw an add for a new book to be released in 2012 by SOC Chris Kyle- the SEAL who has the most confirmed sniper kills in US Military history. It's an autobiography, and I'm really looking forward to hearing his story. He has been featured under different pseudonyms in "The Sheriff of Ramadi" and "SEALs", for those of you who have read those works. Link to the Barnes & Nobles Page below, along with a bio from the publisher.

• In his ten years (1999-2009) with the United States Navy SEAL Teams, Chris was deployed four times to Iraq and was awarded the two Silver Stars and five Bronze Stars with Valor.

• Chris was shot on two separate occasions and was in six separate IED explosions. Four of the IED attacks did damage to and/or destroyed vehicles in which Chris was riding, two involved IED detonations while Chris was on foot. Chris received multiple frag (fragment) wounds from Rocket Propelled Grenades, IED’s and other shelling devices for which he was treated medically on multiple occasions. Chris never received the Purple Heart, as he refused to allow the paperwork to be submitted as this would have caused automatic removal from his unit for a minimum period of time.

• Chris saw significant action in the battles Ramadi, Anwar Provence, Baghdad, and is credited with 40 kills alone in the Second Battle for Fallujah (2003)

• In Ramadi Kyle lost two of his best friends, one severely wounded and the other killed, within the space of a few hours. The deaths affected him greatly; to this day he blames himself for failing to protect both men, though the circumstances and those who were there say clearly this was impossible.

• While in Ramadi it was learned that Chris had a $50,000 bounty put on his head by Al Qaeda. His nickname, given to him by the terrorists, was Al Shatan---

the Devil. His fellow SEALs had begun referring to him by a different name: The Legend

.
• Chris elected to not reenlist at the end of ten 10 years in the SEAL Teams to "save his marriage" to his wife, Taya. He has two children, a boy and a girl.

• Today, Chris is the CEO of Kraft International, a leader in sniper and security training for military, including the Navy SEALs themselves.
Click to expand...

Kraft Craft International has been putting on some really good training from what I have heard (LE buddies and TTPOA). I have been thinking about taking their Arial Platform Sniper Course (not that it would do me any good at this point, but it would still be fun) but yeah good shit. I will be looking foward to the book...

JAB said:
Kraft Craft International has been putting on some really good training from what I have heard (LE buddies and TTPOA). I have been thinking about taking their Arial Platform Sniper Course (not that it would do me any good at this point, but it would still be fun) but yeah good shit. I will be looking foward to the book...
Click to expand...

You would think the PUBLISHER would get the freakin name right!

Picked this one up at the bookstore last night...read a few pages, put it back on the shelf.

I read it. Interesting book though it is choppy in presentation. The back and forth between he and his wife's perspective was a little different. I'd wait for it to come out in paperback.

I liked it. The writing isn't Hemingway or anything but it's cool learning about his exploits.

Read it the day it came out. Agree DasBoot, not Hemingway and a bit chopped up but I can relate to much of the mentality. I think it will speak to those who know how to listen.

It's on my reading list, though that's continually growing along with my required college reading. Getting a high education kills one's social reading

I bought the audiobook. I'll be listening to it on the road this weekend.

policemedic said:
I bought the audiobook. I'll be listening to it on the road this weekend.
Click to expand...

The only thing about the audio book is that the narrator doesn't sound nearly as intelligent as Chris Kyle himself. He reads slowly, methodically, and clearly, which is probably what they asked for. But it lacks the conversational tone that the book is written in and IMHO does not do Kyle justice.
C

JohnnyBoyUSMC said:
It's on my reading list, though that's continually growing along with my required college reading. Getting a high education kills one's social reading
Click to expand...


Lol. I've been trying to finish up Ghost Wars for like 3 months now because of this very thing.

CDG said:
Lol. I've been trying to finish up Ghost Wars for like 3 months now because of this very thing.
Click to expand...


finished that when we were waiting a week to head home from Afghan at the comphy rear base, a absolutely excellent book, and I read A LOT of history lol! still have the problem of saying "screw studies I wanna read my own stuff" for a bit though

Read it during staff duty last night. Pretty good. Mentioned Marcus Lutteral a lot which I thought was pretty cool after reading Lone Survivor. I'm not sure if it is just me looking for a connection where there isn't one or not but, I have found similar character traits and plot points from Lone Survivor and American Sniper in the movie Act of Valor. I digress though, American Sniper - Good read. 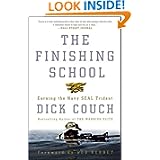 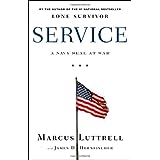 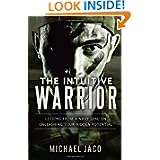 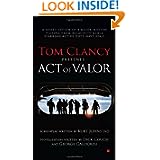 Would it be better if there would be shit loads of Regiment or Delta literature?

I'm going to write a book about my daring exploits as a recruiter.

goon175 said:
I'm going to write a book about my daring exploits as a recruiter.
Click to expand...


"Could not put it down! Goon opens the public's eyes to the daily dangers of recruiting." - Powder
C

Almost done with this and I have to say that I didn't enjoy it as much as I thought I would. It got a little old hearing about how SEALs were such amazing and skilled barfighters that would fuck people up at the drop of a hat.

This line in particular: "When you go into a bar, you'll always have someone who will poke a shoulder into you or otherwise imply you should fuck off. Happens in every bar across the world, Most people just ignore things like that. If someone does that to a SEAL, we're going to turn around and knock you out."