Some pics from my old flying days. 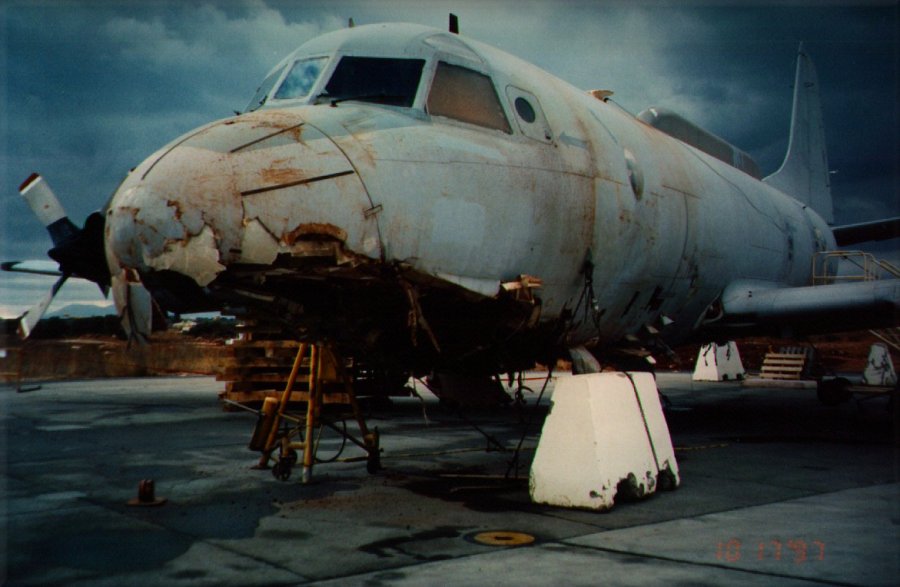 No, that's not a runway or taxiway...it's a fricken road! Good times! 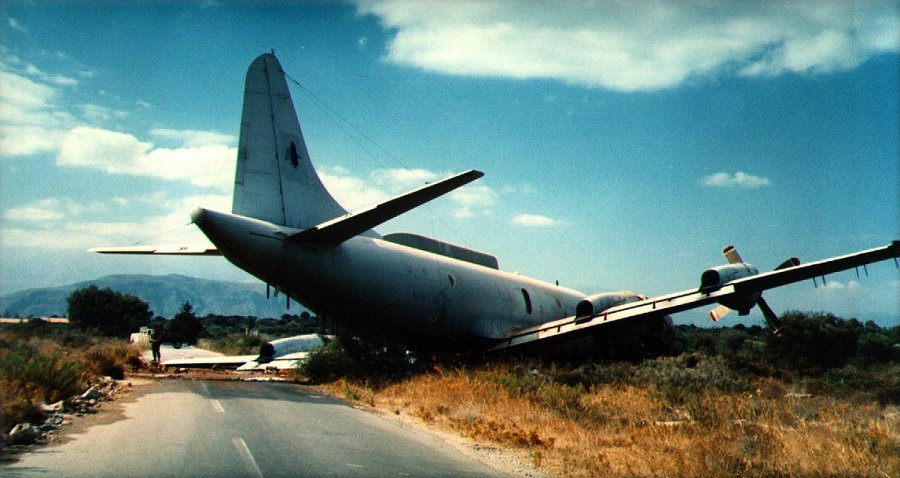 Guess we know why you don't fly any more...
C

You're doing it wrong.

After a late night mission (is there really any other kind), we were low and fast on our approach but the jr pilot was allowed to continue. As we touched down, we fishtailed a little and then began to drift off centerline. When we approached the edge of the runway, the pilot in command (PIC) took controls and over-corrected so we made a bee-line for the opposite side of the runway. Next the PIC "reversed engines" (changed pitch of props to slow the airflow) on one side which resulted in dramatic change of attitude and the aircraft left the runway at 80 knots (our takeoff speed was usually 120). The aircraft struck a AAA bunker that ripped off the left side landing gear and the front end was damaged from contact with the ground. (This was a very violent impact and sudden stop.) We lost power (automatic engine shutdown) and the number one engine caught fire. All 8 of my guys were just sitting there even though we're taught from day one, when all motion stops, unbuckle and egress. After a few kinds words of support :-", they got their got their act together and got out.

Flashback: It was my job as mission supervisor to ensure that the "back-end" crew (yes, Cback, I was one of those guys who worked in the rear end) was trained in emergency egress procedures for their assigned seat. I had a FNG in my crew and repeatedly drilled him throughout the 12-hour flight. You know...pick the most random time and yell out "Chris, prepare to ditch!" but over and over. (His job was in case we ditched (on land or at sea) was to grab the first aid kit tied down near the over-wing exit.) When we "crawled" through our first ditching drill, I asked "what do you do when...?" "I grab the FA kit." "Why the fuck are you standing here then!!! GRAB THE F'ing KIT NEWBIE" Needless to say, he became very proficient at removing and reattaching the FA kit!

Forward: We formed up 200M behind the burning plane and I counted a head count. All my folks were there including Chris...with the FA kit in his hand! Of course we gave him a load of crap for it until someone needed it for a cut.

We flew together for at least two more years after that night in fall 1997 (back when you were in HS Cback).