Not my area of expertise...

I don't know much about the U.S. military other than what I occaisionally read and some of the American units i've done joint excercises with. I need someone's help on this one.

I have a buisness contact in New York who claims he was a Navy SEAL. This in and of itself sounds like a legitimate claim except he also claims to have been in the 82nd Airborne and Delta Force. Is it possible to be a Navy SEAL and at the same time have served in the Army? I find it hard to believe. What questions should I ask him in order to get him to either clarify himself or expose him as a liar?

I would not normally consider it a huge deal except I am doing buisness with this man. If he is stealing someone elses honor than I feel I should cancel my contract with him .
R

I would say your business associate is full of shit.

ritterk said:
I would say your business associate is full of shit.
Click to expand...

I would agree with this sentiment..
8

One could have served time with the Army then reenlisted into the Navy and became a SEAL, but there are very few men that have gone from the 82nd Airborne to DELTA. There are a handful of them, and I personally am good friends with one of them, but's it's so rare that this guy would have gone from that unit to The Unit and be a Navy SEAL after or before.


If you look for book titled "You want me to what" and it's not his name as the author, then cancel your business with this low life.

There was a SEAL Team CO that was with the 75th Ranger Regiment and then a SEAL, but he never served with the 82nd or Delta.

I would say DOUCHEBAG! too 82nd!

Call the Mossad and have them check it out.

8'Duece said:
One could have served time with the Army then reenlisted into the Navy and became a SEAL, but there are very few men that have gone from the 82nd Airborne to DELTA. There are a handful of them, and I personally am good friends with one of them, but's it's so rare that this guy would have gone from that unit to The Unit and be a Navy SEAL after or before.
Click to expand...

All things are possible, though rare. Some have done it going from Regiment to NSW and some vice versa as depicted below. Just to clarify at the time this pic was shot, the good Captain was assigned to a different unit other than the 75th RR. 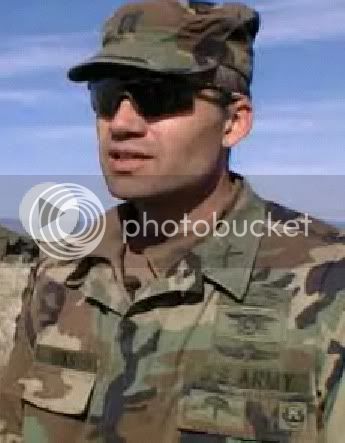 I appreciate everyone's imput. My overall thought was that, while the claim is possible, it is grossly unlikely.

Just let/encourage him tell you some stories (war stories or sea stories - there's a difference) and then bounce them off of us here.

I, too, call bullshit. But you never know.

I'm Army, but went thru the Navy Senior Enlisted Academy instead of our Sergeant Major Academy - so I can talk Navy shit.....a little bit. His stories (war or sea) will be pretty easy to pick apart.

He could have been support in the 82nd, then moved to be part of Delta support. Got out of the Army.. years later realized he was not quite hooah enough; ended up joining the SEALs.

I have known guys in the Army (not going to say who) that wore a Trident, they were crossed trained and went through BUD/S. But to be operational, it like 18 months of training.

Here are some questions to ask them....not sure how to ask them, because it is going to look like you don't believe them.

Then you can take it here:

But of course this dude sounds like he is full of it. But it could be possible. Hope this helps........

Now to the other question......Was he in Delta?

Ask him these questions:

Bring all of your answers back here and we will decipher for you.

What unit was he in?

This guys was probably not even in the military...someone here can pick apart 82nd history with him.

Ranger_Smoothie said:
someone here can pick apart 82nd history with him.
Click to expand...

I am sure part of the fun for you guys in outing these people are hearing some of the stories and bullshit which they can conjure up; but I would think an easy and efficient way to out him would be to PM a few of the admins on the site here with his name and email and see what comes back.
But then again, I remember that lions sometimes enjoy to toy with their pray before the upcoming meal.

Ok I'm not military but there are two sites that can confirm the SEAL thing if its true or not.

And POWnetwork.org(this one can also confirm all branch services, and in case your wondering no he didn't have to be a POW)

The asterisks crack me up every time!
B

Ex3 said:
The asterisks crack me up every time!
Click to expand...