Been a fan of the S&W M&P series for several years and own a few. Picked this up a few months ago - It has adapter plates that let you mount a variety of the smaller optics onto the gun w/o needing a gunsmith to cut the slide.

RMR from Trijicon is my preference for a handgun optic. In the past I have used the DeltaPoint, Insight, Firepoint, Docter and a few others -

Shot this setup for a few months and then decided to get a barrel from KKM. I only did one comparison group; stock barrel vs KKM but based on past results and what I shot today I would say it is a nice improvement. 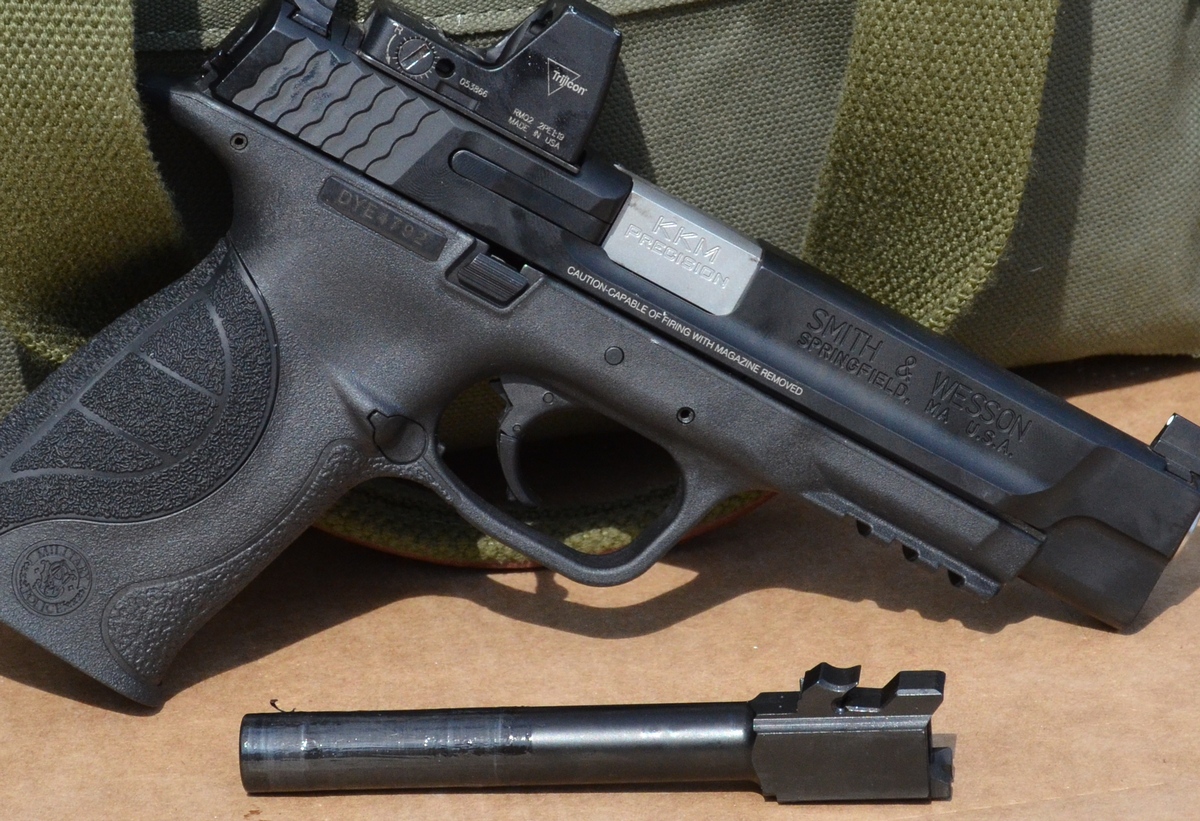 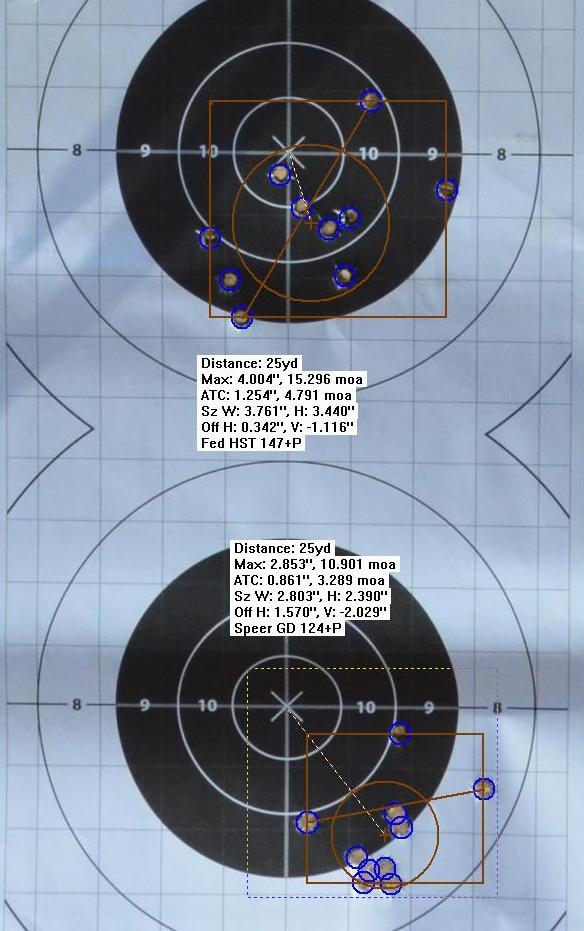 Stock barrel top group and KKM bottom. Ammunition is the Fed HST 147+P.
I called one shot left in the string with the stock barrel, so one shot is unmarked(left side). Not sure if that was the shot called because I was not spotting each shot as it was fired - 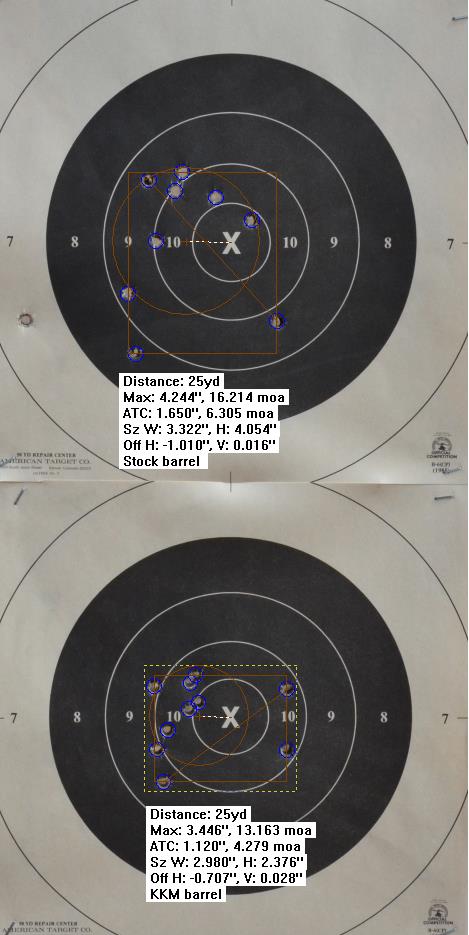 Chad, nice shooting. Did you change the factory trigger?

It has the Apex Duty Carry spring kit in it. Cleaned up the trigger pull a bit.

I have the VTAC model in 9mm. I would like to get the APEX trigger kit.

Did you put it in yourself?

On that pistol, no. I did several of my other 9mm pistols w/o issue and then I did my .45 and butchered it so I let a trained monkey do the M&P9L.

They are not difficult to install, on the .45 I think the issue was an internal change by S&W that required a different spring.

Why has this man not been banned for teasing us yet?
Reed

A Word on Vetting