Wasn't sure if this was best to put under this thread but seemed apt. Anyhow, like the title says I'm quitting (attempt number four) and intend to make this one stick. I'm into day two so far without a smoke, this one without any nicotine what so ever (used the gum yesterday, but have felt ok without using it today).

So far so good, still have those cravings that last for a bit, but usually remembering the site of the poor vet at the VA quitting group talking and hardly being able to breathe when he did sets me back on course, along with my fervent want to not only improve my psoriasis (which is exacerbated by my smoking) but to get myself closer and closer to being ready in a few years (after college, maybe a bit earlier than that) to try to re-join the military for SOF selection.

Anyhow, since I consider all on here not only friends but brothers in arms, wanted to post this as a sort of "status update" as well as a place for helpful words of encouragement! Thanks to all on here! Semper Yut Yut!

Good for you! Keep posting your progress.

Thanks Dame! Well day two, woke up and am starting to get over this lil bug I caught, though I'm doing surprisingly well with the nicotine withdrawl. Still have cravings once in awhile, and trouble sleeping the last two nights, but overall not too bad. Temper flare up's too but those are actually less frequent than I expected. Since I had a pretty good day without any nicotine substitute yesterday gonna go ahead and stick with that today, so fingers crossed! 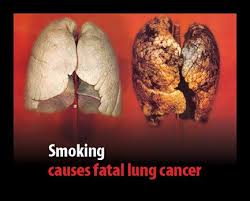 lol, I know like most everyone else I've been given these images and told "smoking is gonna kill you, m'kay?" yet never let it phase me. seeing the vet's at the VA struggling to breathe after smoking for so many years combined with my wanting to kick my running/fitness into a new high gear helped push me to say "fuck smoking, I'm done".

also, starting to give yoga a try not only for it's relaxation but for the benefits it gives to you body on top of my gym routine.

I've never smoked, but that's an expensive habit, right? I'm sure you can find better shit to spend your money on. Or start an IRA or CD with all the $ you save from giving up the cancer sticks. Plus you smell bad, no one really likes that.
Best of luck.

SkrewzLoose said:
I've never smoked, but that's an expensive habit, right? I'm sure you can find better shit to spend your money on. Or start an IRA or CD with all the $ you save from giving up the cancer sticks. Plus you smell bad, no one really likes that.
Best of luck.
Click to expand...


lol, my gf is a beauty and a personal training and smokes, never heard her complain about my smell

yea it is a expensive habit, it's one of the reasons I'm quitting. so far into day two had some anger flare up's and cravings but not too bad, having the support of my sister who is visiting and of course friends on here deff helps! will keep all posted!

Just keep trying... nicotine is one of the most addictive compunds in the world...

signed, a quitter who has not yet quit again

Most folks have multiple quit attempts before one sticks, keep at it med, I'm gonna!

Quit or I'll burn your balls off with a blowtorch.

pardus said:
Quit or I'll burn your balls off with a blowtorch.


Well I prefer not be encouraged/threatened alone! Share some of that "love" with x SF med there! Misery loves company

JohnnyBoyUSMC said:
Well I prefer not be encouraged/threatened alone! Share some of that "love" with x SF med there! Misery loves company
Click to expand...


Oh I'm going to get real creative with him, don't you worry!

pardus said:
Oh I'm going to get real creative with him, don't you worry!
Click to expand...


lol, you are all truly disturbed and evil individuals, hence why I feel right at home :)

pardus said:
Oh I'm going to get real creative with him, don't you worry!
Click to expand...


Be afraid... I have input into your care packages...

x SF med said:
Be afraid... I have input into your care packages...
Click to expand...


do you? pm me so I might "contribute" to them as well

Me? I'm into my 22nd year of not smoking. The cool thing is I can still light up a Cuban stogie every year of so and not get a hankering for a lung buster/coffin nail/gasper or any other slang name you can think of. My secret is to just stop. No patch, no cutting down no nuttin'. Cold turkey is it mate & I'm proud to say I used to be about a 30 a day man sometimes more. The medical benefits are well documented but on a personal level, food tastes better, beer tastes better you can breath again. Vile lung butter is expunged in such bizarre quantities you're sure some of it has bones in it.

The only down side is you will turn into an anti-smoking Nazi and be able to sniff a gasper at 50 paces and yell, "WHO THU FUCK IS SMOKING." It's something to look forward to as you see groups of smokers huddle in the rain near shop entrances, safe in the knowledge they're killing themselves slowly with a state sanctioned addiction.

Here is some motivation for you. This story is 100% true.

I've known "Thomas" (not his real name) since I was in the 8th grade. He and my father worked together and his family lived down the street from mine. His son and daughter and my sister and I all went to the same junior high and high schools. His son was my best friend and best man at my wedding, and I took his daughter to her senior prom. Our families have been close for decades. My parents moved away after I graduated from high school, but when I came back to town (which was often), I always had a meal and a place to spend the night.

Years later, I joined the organization and Thomas ended up being my deputy. We had a very close relationship both in the unit and in our personal lives. Thomas and his wife were our "emergency contacts" for our children, etc. The relationship that Thomas had with his wife was what I tried to pattern my own marriage after.

The problem was, Thomas had (probably still has) a several-packs-a-day smoking habit for as long as I have known him. His daughter called my wife a little while ago to tell us that Thomas is in the hospital and is going to die of cancer. It has progressed so far now that it probably only has a few weeks to live. I don't have to be a doctor to be 100% confident it is smoking-related.

Thomas is leaving his wife, his two children, five grandchildren, the organization he worked for for all these years, and all of the rest of us because he couldn't. stop. smoking. It took over his life and now it will kill him. Smoking doesn't kill everyone, but it is going to kill Thomas. In college I visited my paternal grandfather in the hospital days before he died of smoking-induced emphysema. It was terrible. My maternal grandfather, a non-smoker, lived another twenty + years and died at the age of 93.

I know it's not a rational thing, but I'm pissed off at Thomas for choosing cigarettes over all of us. Other than smoking, he kept himself in pretty good health and probably would have lived another 10, 15, 20 years. Now he's going to be gone.

Stop smoking. Do it now. Do it for yourself, for your family, for your unit... for everything that matters to you. Don't "try," don't do it later, quit right now. Throw away every cigarette you have and never buy another one. Be stronger than your addiction, and live to be there for the people who love you. I know it's not easy, but it can be done. What is more important to you?

my thanks to all! end of day two of completely nicotine free, no patch, gum, pill, etc, just will power and pushing through! helps to have the support of folks on here truly! do keep up with the support (no threatening of burning my balls off please, once is enough lol) :)

Stick with mate, the first week may do ragged things to you psyche, but physically there may be some changes, your tongue may feel "fat" as your taste buds wake up again from being gassed etc.

Friday at 3:48 AM
R.Caerbannog