DasBoot said:
I downloaded Splinter Cell: Chaos Theory onto the old Xbox for $15. I’m reliving my childhood glory and murdering commies from the shadows nightly now. 12/10 would recommend.
Click to expand...

There's something to be said for dragging some 10-12-15 year old shit "off the shelf" to play. Command and Conquer Generals: Zero Hour. Skyrim with some mods...the list goes on. I still rock Civ 5 and Diablo 3 like that shit's Day One, you know?

Bruh.... that game is really underrated. I love playing that game. That and Red Alert 2. 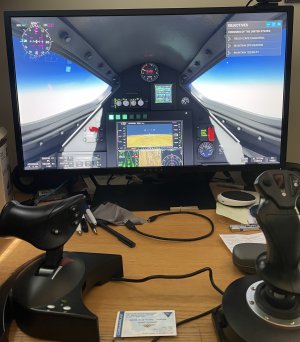 Flying the Darkstar from Top Gun in MSFS

I had a girlfriend back in ‘90 and she was batshit fucking crazy…but she had central air, a swimming pool and Super Nintendo. And the only reason I didn’t break up with her was because I hadn’t finished Legend of Zelda.

@RackMaster what's your take on this?

AWP said:
@RackMaster what's your take on this?

That is exactly my interpretation and almost every "report" on it, I've seen thinks the same. A lot of talent will be leaving the country.
It's why Canadian media already sucks, they are already forced to include a certain percentage of Canadian content. Basically, if you post anything that generates revenue; you're a commercial media provider and have to follow all the same BS rules.

Even the big players called the government out on it. This is just another layer on our way to a social credit system. I used to think that's a conspiracy but just like so many other conspiracies; it's seeming more and more true. They are also going to use it to "fight disinformation and misinformation". Meanwhile the government is the biggest peddler of both.

FUREY: Trudeau Liberals ram through online censorship bill -- and only the Senate can save us now
C

AWP said:
@RackMaster what's your take on this?

That dude either doesn't have an understanding of how click-through rates actually affect channels or why recommendations work, or he's pretending it's a bigger issue than it is.

Click-through rate is just how many people start the video per people who see the thumbnail; it doesn't affect ad pay outs or anything like that.

It seems like a high CTR% would be a good thing, but that's not the main metric that applies; total views do. This is why people used to manipulate the recommendations page to get on there.

Assume all his subs saw that video thumbnail, he has a 6% CTR; higher than the average of ~4%.

Now if that video gets on a recommendations page, it averages about 3x the impressions to subscribers, so roughly 3.3-3.5 million people would see that recommended.
Assume his subscribers still click through and he does worse than average with the CTR, let's say a total of 2% non-subscribed veiwers; that means 3.3 million people see his thumbnail but only 133000 actually watch, with 66k being unsubscribed.
He has a worse CTR but doubles his money to 2400 USD. Add in that he'll likely get around .5-1% of those outside viewers to subscribe and he's increasing his reach further.

Click through rate gets lower the larger a channel is but the money increases, so worrying about CTR is stupid.


(The law in general sounds dumb, but dude has a real shit take for why the law is dumb)

It’s insane. Think of the revenue lost when content creators decamp for the US or wherever. This is going to cripple action sports creators. Some of the best mountain bikers and winter sports athletes hail from BC.

Base game or Deluxe Edition? How are the controls? Use a controller or MnK? Most third-person games tend to piss me off because of the camera angles, zoom, etc. making it hard to follow what's going on.

AWP said:
Base game or Deluxe Edition? How are the controls? Use a controller or MnK? Most third-person games tend to piss me off because of the camera angles, zoom, etc. making it hard to follow what's going on.
Click to expand...

The deluxe edition doesn't really add anything to the game, by the way.

I think they've unlocked all the customisation stuff that was behind the paywall now too.

If you're playing on PC I'd recommend a controller. It's designed for that it feels like and the keyboard/mouse is fine when you get used to it. Great game fully recommend.

Will say that it's a very enjoyable experience. I never really clicked with Souls-like but I think this is a perfect introduction to Souls-lite style combat. The production values are high and I think the story is pretty competent. I paid $15 for this game in a past Steam sale and I thoroughly enjoyed it. Some gripes: unlike Sekiro, you can't roll through enemies so it's possible to get killed with some cheap stun-locked deaths where you get backed into level geometry. The camera is good about 80% of the time but 15% of the time it's annoying and 5% of the time it gets you killed. If you're not a fan of backtracking, this ISN'T the game for you because the levels sort of cascade in and around one another a la Bloodborne and can be confusing.

Without turning this into a full review (which I might do), I'd say it's well worth the $10 it's currently at on Steam and an excellent Star Wars game. @AWP

Bought the base edition. Deluxe has nothing except cosmetics, which were unlocked in a free update which adds NG+ and a special secret skin and lightsaber customization for the main character.

Probably going to move on to Red Dead Redemption 2. Anyone have tips for a game this massive?

If you have Amazon Prime, there is a Prime Gaming section.

Usually they have free bundles for a specific game you can claim, but through July 13th, they have about 30 titles free to download. Mass Effect Legendary Edition, some Star Wars titles, and a bunch of other games. The SW games are old, but the Mass Effect bundle is currently going for $60 on Steam.
Last edited: Jul 12, 2022

Anyone fucking around with far cry 6? Can’t get into it, I still replay 5 all the time as a time killer.

Company of Heroes 3 is available for preorder with a Nov. 17 release date. This one is set in the Med. theater, so that will be a nice change of pace.

Currently hooked on World of Tanks.....average player, but enjoying it. Favorite right now is the UDES 15/16 I just recently unlocked in the Swedish tech tree.